The Productivity Commission has released its draft report on improving how government agencies commission and purchase social services. The Commission, an ... 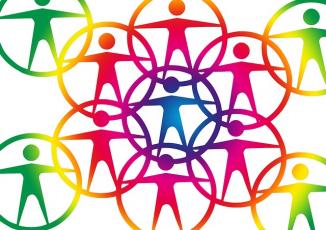 The Productivity Commission has released its draft report on improving how government agencies commission and purchase social services. The Commission, an independent Crown Entity, was established on 1 April 2011 for the purpose of providing advice to the Government on improving productivity in a way which supports the overall well-being of New Zealanders.

The Commission was briefed by the government in June 2014 to examine ways to "improve productivity and generate better outcomes for New Zealanders from the Government’s investment in public services such as social housing, employment services, and programmes to reduce crime." An issues paper was released on 7 October 2014 and most recently, the draft report on 28 April 2015.

The draft report, More effective social services, follows a consultation process which included receiving 134 submissions and more than 100 face-to-face meetings with interested parties. It includes four case studies covering employment services, Whānau Ora, services for people with disabilities and home-based support for the aged. The Commission developed 81 draft findings and 47 draft recommendations which are summarised into seven themes. These are:

A recent press release by Trevor McGlinchey, Executive Officer of New Zealand Council of Christian Social Services (NZCCSS) raised concerns about changes to how the social sector is funded. These include the recent Ministry of Social Development restructure creating Community Investment, the review of Child Youth and Family and the establishment of Children's Teams as "new approaches signalling a huge level of change in the way government proposes to support vulnerable people within our communities."

One of the approaches the Productivity Commission has assessed in the draft report are Social Impact Bonds (p.62), a method where the Government pays investors in a social service a return based on achieving an agreed social outcome, such as reducing alcohol and drug use or recidivism. Under this method, organisations have one or more key roles: Service Providers who deliver services, Investors who provide upfront funding to deliver services, an Intermediary who assists with raising funding and driving service performance, and Independent Assessors who review and verify results.

Used in the UK and US, the New Zealand Government first approved piloting of social bonds in 2013. The Ministry of Health, who will potentially be the first to deliver a Social Bond in New Zealand, was due to complete matching "potential intermediaries" with service providers in March 2015.

The conservative think tank The New Zealand Initiative has published the report Investing for Success: Social Impact Bonds and the Future of Public Services (Jeram & Wilkinson, 2015) which calls the government to adopt new ways of delivering social services and increase accountability.

In 2011, Ross Philipson Consulting prepared a report for the Department of Internal Affairs, The Potential for Social Impact Bonds in New Zealand.

A New Zealand Association Resource Centre Trust (NZARC) blog Comments on Investing for Success: Social Impact Bonds and the Future of Public Services critiques the use of Social Bonds in New Zealand.

The impact of the increasing use of "contracting technologies" to purchase social services on civil society is discussed in the paper Purchase-of-Service Contracting, Voluntary Organisations, and Civil Society: Dissecting the Goose that Lays the Golden Eggs (Nowland-Foreman, 1998) originally published in the American Behavioral Scientist.

The Community Research webinar State of the Sector: Outcomes and Accountability (Nowland-Foreman, May 2015) discussed the state of the sector, conceptualised "funder capture" and its role in the sector, and provided some information on the use of outcomes measurement.

On 3 June 2015, the Government announced New Zealand’s first social bond, under which private and public sector organisations will operate together to fund and deliver services. The Government said, "If they achieve agreed results, the Government will pay back the investors plus a return. The return depends on the level of results, up to an agreed amount." The 2015 Budget set aside $28.8 million for four social bond programmes, the first of which will be for delivering employment services to people with mental health conditions. The government said the next social bond will focus on either lowering re-offending rates, or helping people manage long-term health conditions.

The New Zealand Council of Christian Social Services (NZCCSS) has published a report, Outcomes Plus: The added value provided by community social services (2015). NZCCSS commissioned the report in order to better understand how community-based and community-focussed organisations make a difference and how they add value  to their communities above and beyond the funded outcome. NZCCSS strongly urges the development of funding strategies that recognise and reward this added value. The report was written by Brent Neilson with Charles Sedgwick and Sandra Grey, with financial support from the JR Mckenzie Trust and The Tindall Foundation. The Council’s strategic partner Te Kāhui Atawhai o te Motu supported the project.