Social Development Minister Paula Bennett has announced the locations of eight new Children's Teams. These will be in place by June 2015. Part ... 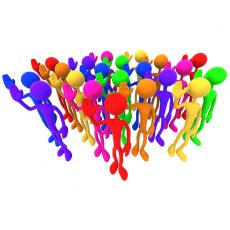 Social Development Minister Paula Bennett has announced the locations of eight new Children's Teams. These will be in place by June 2015.

Part of the Children's Action Plan, Children's Teams bring together professionals and NGOs across sectors to address the needs of vulnerable children and their families. A lead professional is tasked with developing a plan for the child's wellbeing and coordinating support from each of the agencies. The locations for the new teams are:

The establishment of new Children's Teams follows the demonstration sites established in Whangarei and Rotorua last year. These now support more than 100 children. Minister Bennett says the Children's Teams make a difference for vulnerable children that do not require a statutory social work response. She says "Right now, Child, Youth and Family is the service carrying the lion’s share of responsibility for what happens to children and young people at risk of abuse and neglect. That’s because the public perception is that it’s a general child welfare agency, when it’s actually there to deal with the most serious cases."

The government has committed $33.2 million in Budget 2014 to protect children from abuse and neglect, including:

Minister Bennett said "We are putting millions of dollars into child protection and services for vulnerable children because we know serious abuse imposes enormous costs, both personal and financial."

Investing to protect our most vulnerable children, Beehive, 15.05.2014