The Productivity Commission released its final report on improving how government agencies commission and purchase social services on 15 September ... 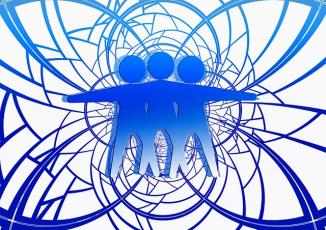 The Productivity Commission released its final report on improving how government agencies commission and purchase social services on 15 September 2015.

The Commission was briefed by the government in June 2014 to examine ways to "improve productivity and generate better outcomes for New Zealanders from the Government’s investment in public services such as social housing, employment services, and programmes to reduce crime." An issues paper was released on 7 October 2014 and a draft report on 28 April 2015. The Commission considered 246 submissions and held more than 200 meetings with interested parties.

The Productivity Commission concluded that a new approach to social service provision was required, which put the needs of people and their families at the centre of decision making. Commission Chair Murray Sherwin said people with multiple problems and complex needs such as depression, drug addiction, family violence or unemployment found it hard to navigate the current system. He said "For these people it is not enough just to make the current system work better. A new approach is required that puts the needs of people and their families at the centre of decision-making. This will require a shift in thinking and structures. Part of the rethink involves government understanding that social services are only one of many influences that determine people’s outcomes. Family, friends and community, work and colleagues, and early physical and social experiences play a huge role in the wellbeing of New Zealanders. We need to tap into these influences – their local knowledge and relationships. And where possible empower people to make choices about the services they receive and who they receive them from."

The Commission developed 89 findings and 61 recommendations. The report is accompanied by case studies on employment services, Whānau Ora, services for people with disabilities, and home-based support for older people. Visit Productivity Commission website for the full report and summaries.

Finance Minister Bill English and State Services Minister Paula Bennett said the report would be "a valued input into the Government's ongoing programme of public sector reform. Minister Bill English said "The Government agrees with the Commission’s analysis of the weakness in our current social delivery systems. These issues are why the Government has an ongoing programme of social services reform which focuses on better understanding customers with complex needs and changing public services and accountability to improve their lives."

Reactions to the report from the social sector follow:

CCS Disability Action was supportive of the report, in particular the explicit criteria of the Investment Approach ensuring people access to a minimum level of service. Chief Executive David Matthews said "The Commission had previously focused on a narrow Investment Approach – with reducing welfare liability being the only reason for some social services being provided. In our view this would have left many disabled people without the services they require to lead full lives within their communities. The Commission now acknowledges this risk and has recommended explicit criteria be included under the Investment Approach to ensure people can access at least a minimum level of service." David Matthews was also pleased with the recommendation of Individualised Funding which provides disabled people more control over their supports. He said "Disabled people often know exactly what they need and what will work for them, and Individualised Funding provides a mechanism for them to take the steering wheel so to speak. What it takes to make Individualised Funding successful, however, is adequate financial resourcing, support for people who wish to try this but need help to understand how it works – and flexibility by providers and the community."

Whānau Ora Minister Te Ururoa Flavell also welcomed the findings of the report saying "More Effective Social Services supports the idea that it may be the services that are hard to reach rather than the whānau."

The Public Services Association said the report shows the government needs to stop constant restructuring and take an in-depth look at how social service provision can best provide for vulnerable New Zealanders. National Secretary Richard Wagstaff said "The Productivity Commission report provides an opportunity for the Government to pause, take stock, consult and put forward a new vision that works for vulnerable New Zealanders and the people who work with them. Serious consideration is the way forward for our social services, not rushed through radical changes."

We can do better - the Productivity Commission on social services, Chapman Tripp, 01.10.2015