NZ Rugby has published findings from its Respect and Responsibility Review. The review was initiated in 2016 after criticism about players harassing ... 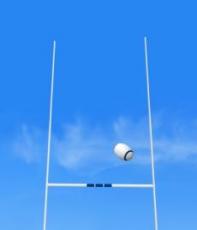 NZ Rugby has published findings from its Respect and Responsibility Review.

The review was initiated in 2016 after criticism about players harassing and behaving violently towards women and the organisation's response.

The review involved looking at existing research, policies, protocols, best practice models, stakeholder engagement and an online "mailbox." The review also considered the 2013 Independent Review of Player Welfare and the resulting areas of change that NZ Rugby has been working on.

The full report, Respect and Responsibility Review (2017), outlines the areas the review focused on:

The report covers a number of areas and topics that were explored through the review. Six goals are recommended and discussed in detail in the report:

For each goal there are short, medium and long-term actions.

A summary report is also available.

The review was led by Law Society President and Panel Chair Kathryn Beck. Robyn Cockburn is the researcher and author of the review.

"We found a culture that was ready for change. It's an all-culture change that's required so that's a big challenge. But it's do-able, and our recommendations are designed so they're things rugby could do that would make a difference."

The NZ Herald reported that NZ Rugby has appointed its chief financial officer and head of corporate services Nicki Nicol to lead the implementation of the review.

Newshub spoke with the two women who made complaints about inappropriate behaviour from rugby players and shared their comments about the report (see the video).

"It's really great that gender equity is one of the goals, but that whole section is all about encouraging women to play the sport, which is super important but what's missing is a really clear plan to address the culture that makes rugby unattractive to women."

"I was really disappointed to see the actions around alcohol and drugs and behaviours only a medium goal - so they won't be looked at until 2019/2020. I just think it's more urgent.

Others, including University of Otago Associate Professor Louise Signal and Alcohol Healthwatch Executive Director Nicki Jackson, have criticised the actions related to alcohol for allowing alcohol sponsorship to continue.