The It's Not OK Campaign and Rugby League Northland (RLN) have collaborated to produce a "Don't be an Egg!" campaign on sideline abuse. The campaign ... 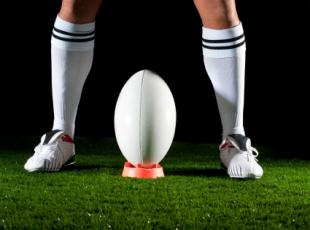 The It's Not OK Campaign and Rugby League Northland (RLN) have collaborated to produce a "Don't be an Egg!" campaign on sideline abuse. The campaign draws attention to links between sideline abuse and the potential for violence at home.

RLN General Manager Alex Smits said the campaign fits with NZ Rugby League's "more than just a game" philosophy as well as the role RLN has in preventing family violence. He says "We've all seen examples of bad behaviour on our sidelines, whether it's from participants in the game or over-zealous supporters ... It spoils the experience for everyone and can be symptomatic of other behavioural problems at home. We hope that reducing the sideline niggle will also serve a purpose in the bigger picture."

The campaign includes a YouTube video, a resource Alex Smits hopes other sporting organisations will recognise the value of. It's Not OK Campaign Manager Trish Green says "Poor side-line behaviour is a form of violence. Violence is not OK anywhere - on the field, on the sideline or at home ... Our hope is that the DVD will increase understanding about violence, encourage people to talk about it and in this way, make it easier for people to get help if they are affected."