In the lead up to the 2016 Budget, the Government has announced significant changes to community funding and programmes. Many changes have been ... 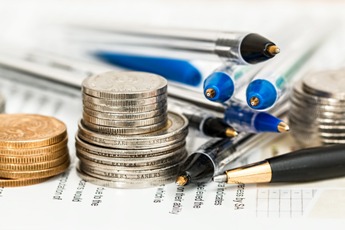 In the lead up to the 2016 Budget, the Government has announced significant changes to community funding and programmes.

Many changes have been announced as new allocations or increased funding for programmes, however a number reflect transferring or reprioritising of funding.

The information below outlines: increased investment in sexual violence, funding changes for family violence may not come until next year, funding transferred from the Ministry of Social Development (MSD) to Whānau Ora, and funding cuts by MSD.

$46 million to support victims and prevention of sexual violence

Justice Minister Amy Adams and Social Development Minister Anne Tolley announced $46 million will be invested over four years in sexual violence prevention and intervention. According to the Government announcement "The $46 million in total funding, of which $6.4 million is reprioritised funding, will be used to design and implement new sexual violence services and maintain existing services." The funding will support:

National Rape Crisis spokesperson Andrea Black welcomed the funding announcement but raised concerns about the allocation of the funding. Ms Black said "Often in our rural communities, being able to provide safe services has been very tricky at times and really holding the service and the workers in a safe environment, we've done to some degree, but sometimes we're not able to respond." She also said, In terms of building capacity, there's a long way to go yet, especially from a Kaupapa Māori perspective, and often there are no Kaupapa Māori services or they're not funded."

Wellington Rape Crisis agency manager, Eleanor Butterworth also welcomed the investment but questioned the allocation, saying "I think it’s a really positive step and definitely shows commitment and my hope is when designing services we keep looking at the facts, not at the ideas we hold about sexual violence that may not be correct." Ms Butterworth noted that while immediate support is vital, most victims don’t report sexual violence crimes in the first days following the crime: “The reality is only about 9 per cent of people report sexual violence at all, and it’s not usually in the first 72 hours. While having support there for those immediate victims is important, it’s also important that we keep developing responses for the other 90 per cent of victims."

In terms of addressing harmful sexual behaviour, Ms Butterworth highlighted that interventions are needed for men who offend against adult women as well as children, and these are not available at the moment.

TOAH-NNEST (Te Ohaakii a Hine – National Network Ending Sexual Violence Together) also welcomed the news and said it looked forward to engaging with the government on the details of the funding allocation. TOAN-NNEST said they "... foresee an opportunity to identify priority areas of workforce development for the sector and to ensure appropriate and adequate services are developed for Māori. Sexual violence is not a Māori problem, but given what we know about the impact it is vital that government recognise indigenous pathways as the most effective solution for all. Nga Kaitiaki Mauri o TOAH-NNEST hope to engage with government specifically around this."

The Green Party has shared results from a survey finding that sexual violence victims may be waiting for services for up to 3 months. Green Party women's spokesperson Jan Logie said services dealing with "historical abuse, the majority of work in the sector, are still suffering from a lack of funding and this was not addressed today" and she said "Instead of being funded properly, vital services like Rape Crisis and Women's Refuge have had to cut hours and reduce services over the years as their funding was cut or not increased to meet demand." Jan Logie also blogged about her concerns that "the money might not get to where it needs to go."

Concerns that family violence won't be addressed in this year's budget

Green MP Jan Logie has expressed serious concerns about delaying funding for family violence, commenting "If we are serious about keeping women and children safe, we have to fund the services to be able to do that. At the moment the Government is not funding those services and are putting woman and children's lives at risk."

Jan Logie also shared the results of a survey she did of women's refuges around New Zealand, which found that "of the 20 organisations, more than half have been forced to cut services and/or staff in the past 6 years due to a lack of funding. Nearly all said that there are needs now in their communities that they can't respond to."

$11.38 million in funding and programmes is to be transferred from the Ministry of Social Development to Whānau Ora. Ministers Te Ururoa Flavell and Anne Tolley said "The majority of these programmes and funding will transfer to support Whānau Ora from 1 July 2016 onwards, the beginning of the Government’s new financial year. The remainder of these whānau-centred contracts and funding are expected to be transferred in the financial year beginning 1 July 2017. The funding and programmes will be allocated across the three Whānau Ora Commissioning Agencies which are contracted to identify programmes and services to empower whānau and achieve Whānau Ora outcomes."

The Government has not stated which services or programmes would lose funding as a result of the transfer of funds. However Radio NZ shared details from an MSD letter saying that contracts for at least 14 social service providers would not be renewed when they expire at the end of June 2016. Radio NZ identified the National Council of Women and Hui E! as two organisations who have lost funding, and potentially small regional service providers.

MSD announced that funding for Parents as First Teachers (PFAT) would be cut. Funding for this programme is being transferred or reprioritised to the home visiting programme Family Start.

Replacement for Paft project due by October, Otago Dailys Times, 18.07.2016