The Government has responded to the Social Service Select Committee report on funding of sexual violence services. The response was tabled to ... 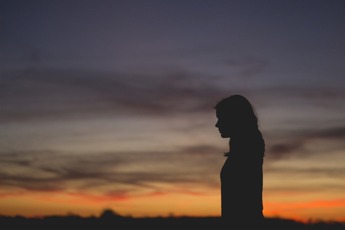 The Government has responded to the Social Service Select Committee report on funding of sexual violence services.

The response was tabled to Parliament on 31 March 2016 and is now available online.

The report says, "Government accepts the overarching finding of the Committee's report and accepts all of the issues raised within its recommendations. Government's responses to the recommendations reflect the context of the existing Ministerial Group work programme. Work that is currently in train in many areas is outlined, along with proposed additional work in other areas."

Throughout the document, various links are made between work on sexual violence and family violence, including in relation to governance arrangements, a national primary prevention framework, a workforce competency framework and research and evaluation.

The Social Services Select Committee released its report into the funding of specialist sexual violence services in 2015. The report made recommendations relating to sustainable funding, a national coordinated framework and a model that reflects the New Zealand context, including Māori and non-Māori good practice. The report was in response to an inquiry that Green Party MP Jan Logie initiated in 2013.

While the response appears to indicate that the Government supports increased funding of services, the amount of funding will not be public until the Government releases this year's budget. The 2016 Budget is due to be released on 26 May 2016.

MP Jan Logie said, "I look forward to a substantial budget increase in this year’s Budget, and for the Government to collaborate with the sector to deliver a new model." She went on to say that "While indications are good overall for the sector, the Government qualified their support for three important recommendations: accessible services, remuneration for staff, and strengthening existing kaupapa Māori services. I will be continuing to advocate for these crucial outcomes." Jan Logie also wrote a blog, Sexual violence services – the real story reflecting on the journey to this point.

Sexual violence service providers have also responded to the announcement. TOAH-NNEST, National Network Ending Sexual Violence Together, said "Many specialist services continue to provide excellent, wrap around services and healing pathways for their communities despite unstable and financially unsustainable environments. The sector needs the Government to urgently increase funding to support the implementation of these recommendations, including further scoping and consultation as highlighted by the government response." TOAN-NNEST also said "Nga Kaitiaki Mauri congratulates the Government on their support for the recommendations specific to Kaupapa Maori delivery."

Local front-line service provides are also calling for immediate increased funding. Eleanor Butterworth, Wellington Rape Crisis Manager, said "At our agency, real people come to us for help every day, and we see the same issues again and again. The issue for us is being able to provide those services. It's really important to get a co-ordinated cross-government response designed for the future – but we also need adequate, secure funding now."

Submissions open in inquiry into the funding of sexual violence services

Enough reports on sexual violence, let's do something about it, Opinion: Eleanor Butterworth, Wellington Rape Crisis Manager, The Dominion Post, 01.04.2016