The Law Commission has published its work on improving the justice response for victims of sexual violence. The report, Justice Response to ... 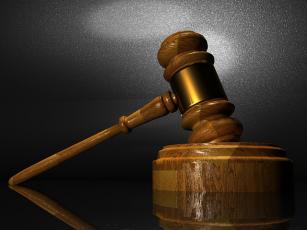 The Law Commission has published its work on improving the justice response for victims of sexual violence.

The report, Justice Response to Victims of Sexual Violence: Criminal Trials and Alternative Processes, acknowledges the significant under-reporting of sexual violence. Research has established that one reason for this is fear and distrust of the legal system.

The Law Commission considered whether the criminal trial process as it applies to cases of sexual violence should be modified or fundamentally changed, in order to improve the system’s fairness, effectiveness, and efficiency and, in particular, the court experience of complainants.

The Law Commission makes a total of 82 recommendations, under three main headings. Firstly, a number of recommendations are made to improve the current trial process, including:

Secondly, the Commission proposes an alternative justice process, which could be chosen by the victim, to deal with incidents of sexual violence outside of the criminal system. The process would allow eligible victims and perpetrators to reach an agreed outcome, facilitated by accredited experts in sexual violence, and would result in no criminal trial or charges if the process was satisfactorily completed.

Sir Grant Hammond said "The aim is certainly not to displace the criminal justice system, which will always be required to deal with the most egregious cases of sexual violence where the public interest requires prosecution. But real innovation is required to deal with those cases where, no matter what changes are made to the trial process itself, victims simply do not want to go through it because it does not suit their needs and circumstances. To fail to acknowledge this is to fail to address the diverse and distinct needs of victims of sexual violence."

Thirdly, the Commission's report recommends steps to strengthen the support available to victims. This includes recommending the establishment of a Sexual Violence Commission, in the form of an independent Crown entity, to fulfil a need for ongoing leadership and coordination of New Zealand's response to sexual violence. The Law Commission suggests it perform three core functions in the area of research, training/education, and monitoring of the quality of services provided.

Responses to the report are in the media list below (updated regularly).

TOAH-NNEST said it was pleased the review had now been completed after four years. It believed the recommendations were a step in the right direction. However it called for the government to develop an action plan, to "show that government is ‘putting money where its mouth is’ and provide a level of accountability and timeliness to the recommendations and integrity of the report."

The Law Commission's work to improve the justice response for victims of sexual violence was initiated in 2009, stopped by previous Justice Minister Judith Collins in 2012 and resumed by Justice Minister Amy Adams in November 2014.

Recommendations for sexual offence trials not to be implemented: Judith Collins (September 2012)

My response to the Law Commission’s report for victims of sexual violence, Green Party: Jan Logie, 15.12.2015