Justice Minister Judith Collins has announced some changes around the giving of evidence in sexual offence cases. These include a requirement ... 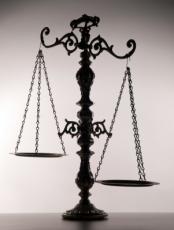 Justice Minister Judith Collins has announced some changes around the giving of evidence in sexual offence cases. These include a requirement that the defence gives notice before a trial begins of their intention to use evidence about a victim’s previous sexual experiences; giving child witnesses the automatic right to a support person in court; providing extra guidance and training for lawyers and judges dealing with child witnesses; and creating a new presumption about the way child witnesses give evidence.

Green Party MP Jan Logie welcomed the changes but called them "baby steps", saying there is much more to be done. The announcement came after media reporting on a series of alleged rapes in West Auckland and resulting widespread calls for change. However Jan Logie noted the limitations of the announcement, saying, "The reforms that she has announced, while a positive step, are not going to achieve the change that New Zealanders are crying out for and would not, for example, have made prosecuting the so called 'Roast Busters' group any more likely."

Developments across all areas since the first media reporting on the West Auckland rape allegations continue to be updated at Responses to the 'Roast Busters'.

Leading up to Judith Collins' announcement of the changes, Jan Logie had asked Judith Collins in Parliament if she would now consider an alternative trial process for sexual abuse cases. This followed initial Police statements (later corrected) that girls targeted by the so called 'Roast Busters' had not been "brave enough" to bring a complaint. Judith Collins had shelved recommendations by the Law Commission intended to make the legal system less traumatising and revictimising for sexual abuse survivors in 2012.

Green party co-leader Metiria Turei then wrote to Police Minister Anne Tolley to ask for action on the Law Commission's recommendations. Metiria Turei also said she wanted joint ministerial responsibility between Police and the Ministry of Justice on the issue established, and a cross-party group of MPs to look at the issues raised.

Judith Collins subsequently wrote about what she and the Ministry of Justice were doing in the NZ Herald and on TVNZ's Q+A. Associate Professor of law Elisabeth McDonald spoke about victim/survivors' experiences and the prosecution of sexual violence on Radio NZ. Jan Logie later blogged about the failure to make substantive change.

Other work in this area in 2013 has included the Law Commission's review of the Evidence Act (report published in April), and panels on the criminal justice system and sexual violence hosted by Wellington Rape Crisis (April) and Women's Health Action (September).