Minister for Women Louise Upston has submitted the Government’s latest report on the United Nations Convention on the Elimination of All Forms ... 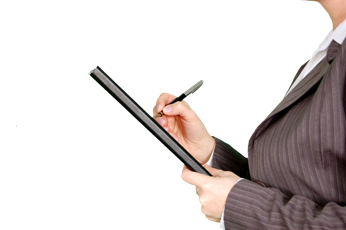 Minister for Women Louise Upston has submitted the Government’s latest report on the United Nations Convention on the Elimination of All Forms of Discrimination against Women (CEDAW).

Minister Upston said “The report responds to specific issues raised by the Committee, and outlines significant developments in recent years related to women’s civil, political and economic rights.” This includes violence against women.

The report covers the period from March 2012 to March 2016 outlining Government progress in improving outcomes for women, implementing the articles of CEDAW and addressing the Concluding Observations of the Committee made in 2012.

The Government's response to the Committee's 2012 recommendations related to violence against women is extracted below:

24. The Committee calls upon the State party:

(a) To take the necessary measures to encourage the reporting of domestic and sexual violence cases, including by ensuring that education professionals, health-care providers and social workers are fully familiar with relevant legal provisions and are sensitized to all forms of violence against women and are capable of complying with their obligation to report cases;

"The Children’s Action Plan Directorate, with its partner agencies, is developing a number of key initiatives to foster a competent workforce of people who work with children. These initiatives recognise the strong inter-relationship between child abuse and neglect and family and intimate partner violence.

Child, Youth and Family also recognises the need for on-going training and investment to enable staff to work effectively and compassionately with the complex and challenging children and young people in residences.

(b) To strengthen training for the police, public prosecutors, the judiciary and other relevant government bodies on domestic and sexual violence;

"Police are enhancing the level and depth of family violence training to ensure that employees carry out effective responses and interventions to reduce family violence harm.

The Initial Training (Recruit) programme has increased the hours of family violence training from 6–8 hours to 53 hours. Additionally, family violence scenario-based learning has been incorporated into integrated tactical training and forensic training programmes.

As part of on-going learning, family violence training is scheduled to be delivered to a range of Police, including frontline supervisors and those working in specialist family violence roles, by June 2016.

MOJ has implemented domestic violence training for Family Court staff, focused on increasing understanding of the dynamics of domestic violence. Online training modules are also available for all Family Violence Court co-ordinators and their managers."

(c) To provide adequate assistance and protection to women victims of violence, including Māori and migrant women, by ensuring that they receive the necessary legal and psychosocial services;

(d) To improve the level of representation on the Task Force for Action on Violence within Families and ensure appropriate resourcing with a view to enhancing the perception of its status within the State party;

"The Government acknowledges that the non-governmental sector’s expertise is critical at all levels for the development and implementation of the Ministerial Group on Family Violence and Sexual Violence Work Programme.

The Government intends to incorporate perspectives from a wider range of non-governmental sector individuals and groups than were represented on the Taskforce for Action on Violence within Families (the Taskforce), including those involved in sexual violence.

(e) To ensure systematic collection and publication of data, disaggregated by sex, ethnicity, type of violence, and by the relationship of the perpetrator to the victim; to collect data on the number of women killed by partners or ex-partners; and to monitor the effectiveness of legislation, policy and practice relating to all forms of violence against women and girls.

A new model rolled out by Police in July 2014 will allow a more systematic collection of reported family violence data, along with development of a new dataset for all offences which will include the relationship between victim and offender and demographic information about each party to an offence."

Consultation on the draft report was open November 2015 - January 2016.

The UN Committee will review the report and meet with New Zealand representatives to discuss the report at the Committee on the Elimination of Discrimination Against Women in 2017. After this, the Committee issues concluding observations outlining any concerns and recommendations.

New Zealand is required to periodically report on the country’s performance. This is the eighth report New Zealand has provided since ratifying the Convention in 1985. The last report was filed in 2012. See the previous NZFVC story, CEDAW Committee Concluding Observations on New Zealand now available, for more information.

For more information about CEDAW in NZ see the Ministry for Women website.