Government criticised for decision to not conduct inquiry into child abuse

Social Development Minister Anne Tolley has said there will not be an inquiry into historical abuse of children in state care. This is despite ... 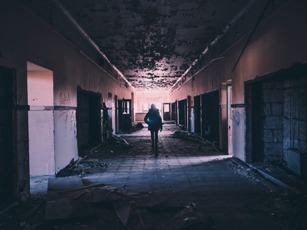 Social Development Minister Anne Tolley has said there will not be an inquiry into historical abuse of children in state care.

This is despite a recommendation from the final report of the Confidential Listening and Assistance Service (CLAS) and a 2011 report from the Human Rights Commission that an independent inquiry be established.

Ms Tolley said about 3.5% of children placed in state care had made claims and "There's no evidence that it was a systemic problem." Judge Carolyn Henwood, who chaired CLAS, responded "What is that based on? There has been no inquiry."

Currently, the Government is settling claims of historic abuse with a personal apology and in some cases financial compensation. Ms Tolley said more than 700 of the 1100 claims have been settled.

However, Judge Henwood pointed out "What they haven't done is investigate the department itself as to how these things occured, and what was the thinking and what were the resources and how did it happen."

Judge Carolyn Henwood chaired the Confidential Listening and Assistance Service (CLAS) panel. The panel heard from 1100 people who were abused in state care. The final CLAS report, Some Memories Never Fade (2015) stated "The most shocking thing was that much of this was preventable. If people had been doing their jobs properly and if proper systems had been in place, much of this abuse could have been avoided with better oversight."

Māori Women’s Welfare League president Prue Kapua criticised the Government's decision, highlighting that a majority of children who were placed in state care at the time were Māori. She said:

"There shouldn't be in this day and age any issue about whether there has been systemic discrimination or racism within these departments. There's been enough information and evidence over the years to say there has been. Our systems have not been good for Māori so we have that aspect but in terms of the system of placement, of course it's a system issue."

Both the Green Party and NZ Labour Party are calling for an independent inquiry and universal apology. Labour’s Children’s Spokesperson Jacinda Arden said "The Minister claims there is no need for change due to the current high resolution rate, and a separate entity within the Ministry for Vulnerable Children, Oranga Tamaraki will investigate future claims. This is simply wrong. Many claimants are settling because the Government has issued them an ultimatum."

Green Party MP Jan logie said "If you have been abused by the state, it is incomprehensible that the same people in charge would then hear your complaint and decide on compensation."

Maori Party co-leader Te Ururoa Flavell also called for an inquiry, saying it was a wider problem: "I think there are too many examples for us just to ignore. When these issues come up, you can understand if there was just two or three but but if there is a hell of a lot more you have got to take some action and look at it in a little bit more depth."

Other political leaders have also spoken out calling for the inquiry including Māori Party co-leader Marama Fox and United Future leader, Peter Dunne.

Chief Human Rights Commissioner David Rutherford has previously said he felt an independent inquiry was not required. Commissioner Rutherford has also previously supported the Government's decision to not publish a 2011 report by Ros Noonan, Chief Human Rights Commissioner at the time. The report reviewed the Government's response to historic claims of abuse under state care and called for an independent inquiry. The review was launched after the UN Committee Against Torture raised concerns about how New Zealand handled historic abuse claims in 2009.

The Royal Commission into Institutional Responses to Child Sexual Abuse is investigating how institutions like schools, churches, sports clubs and government organisations have responded to child sexual abuse. The Commission is working to identify how systems failed and to make recommendations on improving laws, policies and practices. The Commission has produced a wide range of publications and has worked on a number of policy solutions.

(Victim Advocate Grant West who helped campaign for the Australian Royal Commission has also recently submitted a petition to the NZ Government to request a similar Royal Commission. The Government responded that there were already processes in place. Author Dr Elizabeth Stanley has pointed out the benefits of the Australian inquiry despite its focus only on sexual abuse.)

The Independent Inquiry into Child Sexual Abuse launched in 2014 is investigating "... whether public bodies and other non-state institutions have taken seriously their duty of care to protect children from sexual abuse in England and Wales." The inquiry has come under scrutiny, mst recently when New Zealand Judge Lowell Goddard resigned her leadership.