At the Family Violence Summit held on 7 June 2017 in Wellington, Ministers announced the launch of the Workforce Capability Framework, Risk Assessment ... 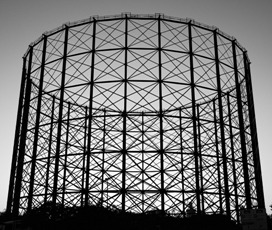 At the Family Violence Summit held on 7 June 2017 in Wellington, Ministers announced the launch of the Workforce Capability Framework, Risk Assessment Management Framework and mandatory registration for social workers.

Feedback about the Summit is still being accepted online until 16 June 2017.

The Family Violence Risk Assessment Management Framework (RAMF) aims to ensure that risks will be identified, assessed and managed consistently across the country for victims and perpetrators. In her speech at the summit, Minister Amy Adams launched the RAMF, saying:

"It provides practice values and expected generic practice approaches, including outlining a common understanding of family violence, for:

Minister Adams also said that additional practice guidelines, tools and training would be developed. Agencies such as Police and child protection will still have their own risk assessment tools and approaches, but the RAMF will outline expectations to guide this process.

The Family Violence, Sexual Violence and Violence within Whānau: Workforce Capability Framework was also launched at the summit. This framework outlines the capabilities needed by people working in the family violence sector to support victims, perpetrators and their families.

The frameworks are available online or you can request a copy by emailing familyandsexualviolence@justice.govt.nz.

Background information about the frameworks

The Ministerial Group on Family and Sexual Violence work programme has been leading the development of the frameworks including the consultation process. For background information about the framework development see the previous NZFVC stories:

Minister Anne Tolley also announced the introduction of mandatory registration for social workers at the Summit in her closing remarks. She said the majority of the changes would take place over a two year period. Minister Tolley provided additional information in a Beehive press release saying "As a result of mandatory registration all social workers will have to meet the appropriate standards and undertake on-going professional development as part of renewing their annual practising certificate."

The Beehive press release noted that legislation is expected to be introduced in August and there will be changes to the current registration process. It was also noted that related initiatives are underway at the new Ministry for Vulnerable Children, Oranga Tamariki. Minister Tolley said:

“We want to ensure that social workers have more direct contact with children and young people. The Ministry will be recruiting an extra 42 social workers as a result.”

“Reporting processes are being streamlined, and a set of tools and training is being developed to support social workers to more efficiently produce reports for the Family Court."

“A new mobile app for social workers has been developed to help reduce duplication of information. New finance and HR processes for site managers will also enable social workers to make quicker decisions for children and young people.”

“It will require a substantial investment to ensure all social workers are fully qualified and registered. Our members see the value of a registered workforce but most are operating on a shoe-string budget without the funding to support their social workers to gain registration. Nor is it a cost that should be borne by individuals.”

Work related to mandatory social worker registration has been ongoing for some time. For more information see the previous NZFVC stories:

Submissions on Social Workers Registration Act 2003 due by 13 July

More information about the Summit

For more information from the Summit see the Ministry of Justice Family Violence Summit webpage which includes links to the programme, press releases and a recording of opening and closing speakers.

Bill English on family violence: 'Sometimes on my worst day I think we service misery', Newshub, 07.06.2017