World Elder Abuse Day will be marked on 15 June and Elder Abuse Week from 15-22 June 2016. Below we have compiled some research, resources and ... 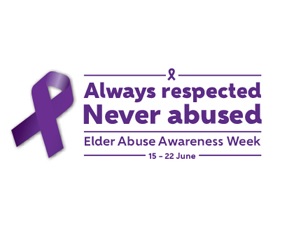 Below we have compiled some research, resources and information about elder abuse.

Age Concern is promoting awareness of elder abuse and neglect through the media and community events.

How common is elder abuse?

The author reported that about one in ten older people reported some form of abuse. Older Māori experienced a significantly greater level of abuse than non-Māori. The report also highlighted statistically significant associations between elder abuse and poor health and wellbeing, as well as loneliness and depression. It is expected that the number of older people experiencing elder abuse and neglect will increase significantly in the next 20 years with an aging population.

Age Concern reports that each year in New Zealand their Abuse and Neglect Prevention services receive more than 2000 referrals for older people who may be facing elder abuse or neglect.

The National Center on Elder Abuse (USA) has a number of toolkits and resources on their website, including information about how to generate awareness, red flags or signs of abuse, how to protect yourself, avoiding scams and more.

The Victorian Government (Australia) has developed a free online training on elder abuse prevention. The course was designed for workers in Victoria but can be used by anyone working with older people. It includes a range of case studies and a short assessment, and can be completed at any time.

The Australian Institute of Family Studies published a report on elder abuse in 2016. The report, Elder abuse: Understanding issues, frameworks and responses, looks at how elder abuse is defined, prevalence and incidence, risk and protective factors, and dynamics surrounding disclosure and reporting. The report then looks at demographic and socio-economic factors that affect elder abuse, concluding with recommendations for legislation and service responses.

The Australian Federal government has announced an inquiry into elder abuse to examine laws and frameworks meant to safeguard odler people. The inquiry is due to report in May 2017.

The Violence Against Women and Girls (VAWG) Resource Guide recently produced a brief on women survivors of violence aged 50 and older.