The Ministry of Social Development has published a report on elder abuse and neglect in New Zealand. This paper was commissioned by the Office ... 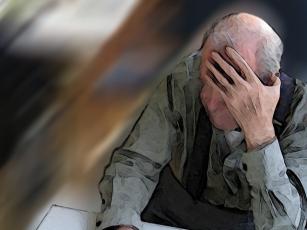 The Ministry of Social Development has published a report on elder abuse and neglect in New Zealand.

This paper was commissioned by the Office for Senior Citizens and written by Charles Waldegrave from the Family Centre Social Policy Research Unit.

The study is the first New Zealand attempt to estimate the possible prevalence of older people experiencing abuse and neglect. The aim of this study was to provide an evidence base on the prevalence of elder abuse, some of the populations most affected and the observed impacts of it.

The author applied the Vulnerability to Abuse Screening Scale (VASS) which independently examines four dimensions related to elder abuse and neglect: vulnerability, dependence, dejection and coercion. Accordingly it could be considered a measure of vulnerability to abuse rather than the prevalence of abuse, although the vulnerability and coercion scales measure aspects of violence.

The scales and items used were:

The author states the key findings include:

Senior Citizens Minister Maggie Barry said "Often elder abuse is hidden away and those who are victims see it as something shameful which they are reluctant to talk about. We must confront this issue, get it out of the shadows and make it clear it is never acceptable to mistreat an older person." Minister Barry said the research will help to influence the government’s wider work around family violence.

The National Online Resource Center on Violence Against Women (VAWnet) have published a Special Collection: Preventing and Responding to Domestic & Sexual Violence in Later Life (June 2015). The Collection brings together selected materials related to preventing and responding to elder abuse, specifically domestic and sexual violence.