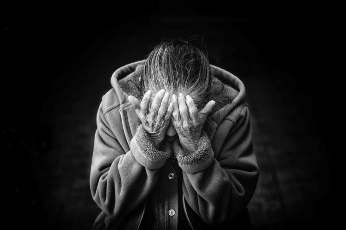 To find a community event near you, see the list of events compiled by Age Concern.

Super Seniors from the Ministry of Social Development has a resource pack you can order and Age Concern has a range of resources available from their website. These resources include posters, information about services, prevention tips, wallet cards and more.

How common is elder abuse?

In 2015 the Ministry of Social Development published a report on elder abuse and neglect in New Zealand. The report summarised findings from the first study in New Zealand to estimate the prevalence of older people experiencing abuse and neglect. The author reported that about one in ten older people reported some form of abuse. The World Report on Ageing and Health (2015) from the World Health Organization reported that the prevalence of elder abuse in high- or middle-income countries ranges from 2.2% to 14%.

Update: The World Health Organization announced findings from a new study showing that elder abuse is increasing with one in six people over the age of 60 experiencing some form of abuse.

Age Concern reports that their Abuse and Neglect Prevention services receive more than 2000 referrals annually for older people who need support for elder abuse or neglect. Statistics from the Age Concern National Database show more than three quarters of alleged abusers are family members and half of alleged abusers are adult children or grandchildren. Age Concern New Zealand Chief Executive Stephanie Clare said "This is one of the reasons it stays hidden. Many older people feel ashamed their own flesh and blood are treating them badly, so they won't talk about it." For more statistics from Age Concern New Zealand see their 2017 key service trends.

In 2016, the Violence Against Women and Girls (VAWG) Resource Guide published a brief on women survivors of violence aged 50 and older. They highlighted the lack of reliable prevalence data about violence against older women. The authors also wrote:

"Globally, older women experience discrimination that jointly stems from strict gender norms and culturally embedded values that place a premium on youth and women’s role as child-bearers—in some cases, making harmful assumptions that older women are “useless” once they are past reproductive age. This creates a specific type of vulnerability to violence driven by ageism, as well as sexism."

See the article Survivors in the Margins: The Invisibility of Violence Against Older Women (2015), for a commentary on how the experiences of older women who experience intimate partner violence are not well understood. The authors assert that a lack of gender analysis in the elder abuse field along with a lack of lifespan approach in the wider violence against women sector, jointly results in this type of violence remaining hidden.

The Ministry of Social Development's Super Seniors said the Elder Abuse Response Service will launch on 1 July 2017. The response service is focused on interventions that support older people at risk of or experiencing abuse. The service will include a free 0800 help-line. Minister for Seniors, Maggie Barry, said

“We’ve re-organised prevention and intervention services to have a more positive outcome focus and from 1 July there will be a new Elder Abuse Response Service - EARS. These new services are spread throughout New Zealand and will ensure older people from a variety of ethnic backgrounds will have access to help and advice when and where they need it.”

The Ministry of Health released the Healthy Ageing Strategy 2016 to replace the Health of Older People Strategy 2002. The strategy includes an action plan with some actions related to family violence and elder abuse and neglect. One of these actions is focused on updating updating the 2007 Family Violence Intervention Guidelines: Elder Abuse and Neglect.

See the NZFVC Elder abuse and neglect: a selected bibliography (2012) and the quick topic search of the NZFVC library on elder abuse.

The Australian Institute of Family Studies published a report on Elder abuse: Understanding issues, frameworks and responses in 2016. As part of the Australian Federal government inquiry into elder abuse, the Australian Law Reform Commission published an Issues Paper on Elder Abuse in June 2016 and a Discussion Paper outlining 43 proposals for law reform. The final report from the inquiry was submitted on 1 June 2017, but has not yet been made public.

VAWNET, a US-based online library on gender-based violence, updated their special collection of resources and research in 2016 on Preventing and Responding to Domestic & Sexual Violence in Later Life. The US-based National Clearinghouse on Abuse in Later Life (NCALL) has an online toolkit for advocates focused on Working with Older Survivors of Abuse. The toolkit includes a framework for advocates and an educational video series for advocates about abuse in later life.

Taking the fight to elder abuse in Marlborough, The Marlborough Express, 15.06.2017

Public urged to speak out against elder abuse, Wanganui Chronicle, 13.6.2017