The Government is consulting on a new positive ageing strategy. The consultation closes on 24 August 2018. The current Positive Ageing Strategy ... 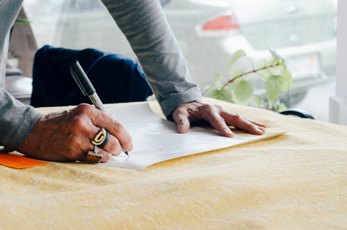 The Government is consulting on a new positive ageing strategy. The consultation closes on 24 August 2018.

The current Positive Ageing Strategy was created in 2001. This consultation is focused on developing a new strategy, recognising the growing ageing population, increasing diversity, and changing needs of older people in employment, housing, health, aged care and social services.

Currently there are around 725,000 people over age 65 in New Zealand. It is estimated that by 2028 there will be 1 million people and by 2038, people over 65 will make up almost a quarter of the total population. Seniors Minister Tracey Martin said:

"We need a strategy to ensure that we are in a good position to deal with these demographic shifts and the wider changes that are happening in society, and that are going to happen.

Along with having a positive environment for the individual people represented in these figures, our ageing population has implications for employment and housing, health and aged care, social services and our economy."

There are a number of ways to give feedback, including:

See the SuperSeniors webpage on the consultation or email ageing_population@msd.govt.nz for more information.

In 2017, the World Health Organization highlighted findings from a study published in the Lancet Global Health showing that nearly one in six people over the age of 60 are estimated to experience some form of abuse. For more information, see: Elder abuse prevalence in community settings: A systematic review and meta-analysis (Yon et al, 2017).

Age Concern New Zealand reports that the alleged abusers are family members in 76% of calls for their elder abuse services.

For more information see our recent news story on Elder Abuse Awareness Week 15-22 June 2018 - It's OK to ask for help.

Minister Martin first announced that the Government would develop a new positive ageing strategy in April 2018. The 2001 Positive Ageing Strategy is available on the Ministry of Social Development website, as well as progress reports and fact sheets.

The Ministry of Health released the Healthy Ageing Strategy 2016 to replace the Health of Older People Strategy 2002. The strategy "... presents the overarching direction and action plan for the next 10 years in regards to the health and wellbeing of older people." It includes an action plan with some actions related to family violence and elder abuse and neglect. One of these is focused on updating the Family Violence Intervention Guidelines: Elder Abuse and Neglect (Ministry of Health, 2007).