Radio New Zealand has obtained a Cabinet paper by Social Development Minister Anne Tolley, which discusses a new approach to the way it funds ... 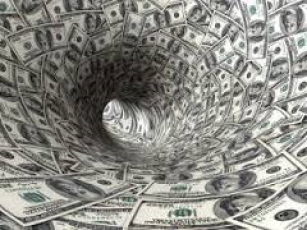 Radio New Zealand has obtained a Cabinet paper by Social Development Minister Anne Tolley, which discusses a new approach to the way it funds community organisations.

Radio New Zealand reported this would focus a lot more on achieving results which were priorities for the Government. Priority areas were said to be children at risk and people facing hardship, young offenders, and adult victims and perpetrators of family and sexual violence. The paper said there needed to be a comprehensive review of the services MSD pays for over the next two years. It said some providers might have to lay off staff or cease operations altogether as a result of the changes that will be made.

Radio New Zealand said the changes did not appear to have implications for the Budget on Thursday 21 May 2015. There was no suggestion of changes in the current overall funding of those groups, stated to be about $600 million a year. However the paper said depending on the outcome of the review, there may be implications in the next year or two.

Radio New Zealand said Minister Anne Tolley responded in a statement that no Government decisions had been made on the funding revamp, which had been discussed with the sector.

Green Party co-leader Metiria Turei the changes were about the Government wanting to save money. "So they will require non-government organisations to change they way they work and pay for it themselves, and then are still threatening to cut services and move that money around," she said.

Māori Women's Welfare League president Pru Kapua said it was worrying for organisations doing work which the Government did not consider a priority.

The Government has signalled a change to way it funds community organisations towards a focus on outcomes, including through MSD's Investing in Services for Outcomes, and the review currently underway by the Productivity Commission.

Re-Imagining Social Work (RSW), a volunteer collective of social workers, social work academics, researchers and others, has cited the Government's review of Child, Youth and Family as another example of the "continuing roll out of the National Government's 'investment approach' to marketise and privatise health and social services."

In NSW, Australia, the websites No Shelter and SOS: Save Our Women's Services provide information and actions on the closure of more than 80 women's refuges in 2014. Two articles by Wendy Bacon published on New Matilda, UPDATED: The Gutting and Gagging Of Feminist Women's Refuges (25 July 2014) and Regional Women's Refuges Are Being Ripped Apart (23 March 2015) provide further information.

In the UK, Women's Aid has published two reports on the funding and commissioning issues (2013 and 2014) which are placing specialist women's domestic violence services at risk.

Further information on international funding models is available in the Clearinghouse news story on the Productivity Commission review.

The future of Relationships Aotearoa is uncertain due to a funding crisis. For further information, see the media coverage below. Updates will be added to this page as they are available.

Anne Tolley tells counselling service to 'calm down' after it confirms closure, One News, 26.05.2015