Addressing family violence in the workplace on International Women's Day 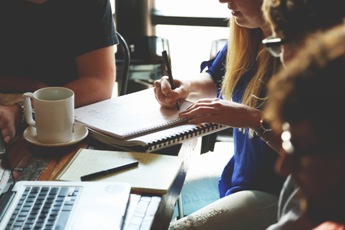 International Women's Day this year is 8 March 2017. The United Nations (UN) theme is "Women in the Changing World of Work: Planet 50:50 by 2030." The New Zealand them is focused on "Violence against Women: An Equality and Human Rights Violation." Events are being organised around NZ.

The bill was drawn from the ballot in December 2016. The Māori and Act parties say they will support the bill, but Minister for Workplace Relations and Safety Michael Woodhouse said the Government will not support the bill and has concerns about the financial impacts.

A recent Australian report examined the likely impact on payroll costs for employers if existing domestic violence leave protections were extended to more workers and concluded "...we estimate that incremental payments to workers taking the leave would amount to one-fiftieth of one percent (0.02%) of current payrolls."

The National Council of Women NZ, Shine and Women's Refuge have come out in support of the bill. Similar legislation is under consideration in Australia, Canada and the US.

Victims may be forced to quit or have their employment terminated because of the impacts of violence from a partner. If victims are able to remain in employment, their work may be impacted by anxiety, stress and feeling unwell. They may need unpaid time off work to attend legal and medical appointments. Supporting victims to remain employed is critical to victims' financial security which can help them address and leave a violent relationship. For more information see a study about Aotearoa New Zealand employees' experiences in dealing with domestic violence in the workplace (2016).

Since victims and perpetrators of domestic and family violence are both employees, workplaces provide an ideal place for raising awareness and intervention relating to intimate partner violence.

Employers and businesses don't need to wait for legislation to take action. There are many strategies businesses and employers can take. The Human Rights Commission is encouraging businesses to introduce family violence policies in their workplaces now. Businesses across NZ have already implemented policies including Countdown, Family Planning, Warehouse Group, the University of Auckland and the Government Communications Security Bureau (GCSB).

WorkSafe NZ has provided advice on managing risk under the Health and Safety at Work Act 2015 in relation to family violence.

A recent report from Australia highlights Lessons Learned from Implementing Workplace Responses to Domestic and Family Violence (2016). The report shares the steps, processes and frameworks that organisations have found effective in addressing violence in the workplace. The approach is based around three levels of action:

The report includes examples from Citi Australia, the Australia Department of Prime Minister and Cabinet, Commonwealth Bank of Australia, Telstra and others. The report is from Male Champions of Change founded by Elizabeth Broderick, former Australian Sex Discrimination Commissioner.

For more information, see section 4 of the NZFVC Issues Paper, Intimate partner violence and the workplace, which outlines workplace interventions.

Domestic violence leave a small cost to employers but priceless to victims, The Guardian, 08.02.2017