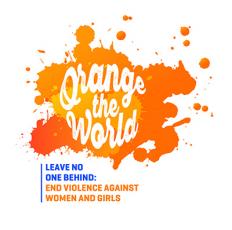 The 16 days of activism against gender-based violence (GBV) 2017 is underway.

The 16 days of activism runs from 25 November (International Day for the Elimination of Violence against Women) until 10 December (Human Rights Day) each year.

The 2017 theme is Leave No One Behind: End Violence against Women and Girls. This emphasises the need to address the needs of particularly marginalised groups including young girls and older women, women who identify as lesbian, bisexual, transgender or intersex, migrants and refugees, indigenous women and ethnic minorities, women and girls living with HIV and disabilities, and those in humanitarian crises, amongst others.

For more information and ideas for action, see the campaign Take Action toolkit from the Center for Women’s Global Leadership and Rutger's University.

The United Nations has issued a global call to action for better use of laws and policies:

"This year’s commemoration came at a unique moment, coinciding with the unprecedented mobilization of millions behind #MeToo and other movements in an escalating global protest against sexual harassment and violence against women. As the annual 16 Days of Activism against Gender Based Violence campaign kicked off, UN agencies and partners called for seizing the opportunity created by the global outcry over sexual harassment and moving it towards concrete actions to better implement laws and policies to end violence against women once and for all."

Orange is the colour designated by the UNiTE to End Violence against Women campaign, symbolising a world without violence. During the 16 days, individuals and organisations our encouraged to "Orange the World."

The United Nations Special Rapporteur on Violence against Women and a number of regional mechanisms are calling on States to update and implement their legislation and national action plans in line with the recently adopted General Recommendation No. 35 on the Convention on the Elimination of All Forms of Discrimination against Women (CEDAW):

As a result, States have the duty to harmonize and implement their national legislation in line with concrete guidance provided by general recommendation No. 35, and other pertinent international and regional instruments."

It is based on the WHO clinical and policy guidelines for Responding to intimate partner violence and sexual violence against women (2013). It provides guidance on how to manage and monitor services to meet the needs of women and girls who are experiencing violence.

UN Women has updated their infographic on violence against women and provides global facts.

White Ribbon Day is also on 25 November. The 2017 Aotearoa New Zealand White Ribbon campaign ran through November, including workshops and the launch of a new short film.