A recent report from the United Nations (UN) Special Rapporteur on Violence against Women, Dubravka Šimonović, has explored the gaps and adequacy ... 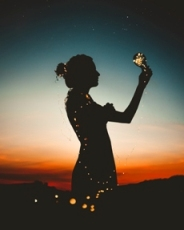 A recent report from the United Nations (UN) Special Rapporteur on Violence against Women, Dubravka Šimonović, has explored the gaps and adequacy of current international frameworks for addressing violence against women (VAW).

This included consideration of calls to develop a new international instrument exclusively on violence against women.

Ms Šimonović presented her report, Adequacy of the international legal framework on violence against women (A/72/134), at the 2017 UN General Assembly. The report builds on work started by her predecessor, Professor Rashida Manjoo, to explore the adequacy of international standards related to violence against women, such as the Declaration on the Elimination of Discrimination against Women, Security Council resolution 1325 (2000), the Beijing Platform for Action, the Convention on the Elimination of All Forms of Discrimination against Women (CEDAW) and others.

To obtain views on the gap in incorporating and implementing the international and regional standards related to violence against women, the Special Rapporteur invited feedback on five questions.

Responses from global and regional women's human rights mechanisms commented on how their representative instruments addressed VAW. CEDAW does not have a specific provision on violence against women. However the Committee on the Elimination of Discrimination again Women highlighted its General Recommendation No. 19 which states that discrimination against women includes gender-based violence. The Committee also noted the recently adopted the interpretative tool General Recommendation No. 35 which updates recommendation 19 to elaborate on the gender-based nature of violence against women and provide further guidance for states on meeting obligations. The Committee does not support the creation of a new international instrument.

The Special Rapporteur also received 291 submissions from civil society containing a range of views including: support for a new stand-alone treaty with a new separate monitoringbody, proposals to strengthen existinginstruments instead of developing a new treaty, support for strengthening the current legal framework and mechanisms with the possible adoption of a new optional protocol under the Convention as a long-term solution, and other innovative proposals.

Ms Šimonović summarised 17 key concerns from these submissions including:

She also discussed the role of regional conventions, noting that Africa, the Americas and Europe all have specific regional treaties and treaty bodies on gender-based violence but the broader Asia-Pacific and Middle East regions do not.

In conclusion, the Special Rapporteur said "... that the lack of full incorporation and application of international norms at the domestic level, including the Convention and other instruments, is the main challenge faced in addressing gender-based violence against women." She suggested "... that a global implementation plan on violence against women could be a proper response to address all initiatives and proposals contained in the numerous submissions received."

She made a series of recommendations, with a number of these focused on actions that States should be taking now to implement the existing international regulations.

She suggested the establishment of an open-ended working group on addressing  gender-based violence against women in law and policy to analyse the adequacy ofthe existing internationalframework on women’s rights and suggest solutions.

She also urged governments, civil society and relevant UN agencies to start work on a fifth UN World Review Conference on Women, which could focus on violence against women and consider adopting the action plan.

A report has been prepared by Masters students at the request of Global Rights for Women (a Minneapolis-based non-profit NGO), Prospects for a New Global Convention on the Elimination of Violence against Women: A study on the effectiveness of existing mechanisms and political feasibility of a new treaty (2017). The authors conclude there is potential for a new treaty on violence against women to fulfil these criteria, if it was designed in a globally inclusive, implementation-focused way. They argue this could bring increased global coherence, implementation, and energy to the issue, however a strong political champion within UN or government ranks would need to be found.

The Special Rapporteur also discussed States' obligations in a report earlier in 2017, which included a specific focus on shelters and protection orders.