These resources have been compiled to support the government's engagement around the development of a National Strategy and Action Plans. You can find more information about the engagement process and how to have your say at violencefree.govt.nz

Click here to go to our other national strategy engagement pages 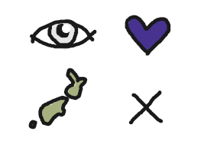 This page links to reports, research and news items that provide an overview of key issues and perspectives to support tangata whenua conversations and engagement with the National Strategy and Action plans.

A Mana Tane Echo of Hope: dispelling the illusion of whānau violence – Taitokerau Tāne Māori speak out is a research project that aimed to contribute to the body of knowledge for indigenous violence prevention and early intervention strategies. The project was part of the wider Amokura Family Violence Prevention Strategy, an iwi led whole-of community initiative in Tai Tokerau. The objectives of this project were to explore how Tāne Māori become and remain free of whanau violence and to document Maori men‘s aspirations for whānau oranga.

Examples of existing frameworks, strategies and campaigns for violence prevention

Engagement on the National Strategy was developed with the support and advice of an Interim Te Rōpū made up of tangata whenua leaders. The Interim Te Rōpū developed and published a report Te Hau Tangata: The sacred breath of humanity as a strategy with a Te Aō Māori perspective, to be shared with everyone.

Tū Pono: Te Mana Kaha o te Whānau (2017) is focused on enabling a stronger Māori response to family violence, by asserting the whānau voice as fundamental to reducing and eliminating harm. It was developed by the South Island Whānau Ora commissioning agency, Te Pūtahitanga o te Waipounamu, following a series of regional hui with whānau. According to Tā Mark Solomon, “the discussions were centred on promoting whānau empowerment and action as a platform for change via partnerships between whānau, hapū and iwi, kaupapa Māori providers and Whānau Ora Navigators”.

E Tū Whānau Mahere Rautaki: Framework for Change (2019-2023) outlines the overarching E Tū Whānau priorities for the next five years and provides a framework within which Māori and government can continue to work together to support community-led change that boosts wellbeing for whānau Māori and prevents violence. Emerging evidence validates the importance of cultural values and constructs to engage whānau and communities and to trigger behavioural change. It is considered a world leading model for partnerships between indigenous communities and government to address significant social issues.

Kaupapa Māori wellbeing framework: The basis for whānau violence prevention and intervention (NZFVC Issues Paper 6, 2014) finds that the use of cultural imperatives, for example, whakapapa, tikanga, wairua, tapu, mauri, and mana, has the potential to inform wellbeing in intimate partner and whānau relationships, transform behaviours and provide alternatives to violence. Using these imperatives can guide transformative practices and inform strategies for whānau violence prevention and whānau wellbeing. They can also be seen as protective factors within whānau, hapū and iwi.

Wāhine Māori, Wāhine Ora, Wāhine Kaha: Preventing violence against Māori women (2015) was developed by the Ministry for Women. It introduces an indigenous perspective to the international knowledge base for primary prevention of violence against women by exploring what Māori women believe to be protective factors for being safe from violence. A ‘two house model’ is used to analyse the worldviews of the research participants.

Whānau Ora: Report of the Taskforce on Whānau-Centred Initiatives (2010) outlines a framework built around whānau aspirational aims consistent with the whānau ora philosophy. It recognises the many variables that have the potential to bring benefits to whānau and is especially concerned with social, economic, cultural and collective benefits. The report provided the basis by which the government’s Whānau Ora approach was established.

Puao-te-ata-tu: The report of the Ministerial Advisory Committee on a Māori Perspective for the Department of Social Welfare (1988) remains a foundational report for understanding the ways in which state institutions fail to account for the needs and preferences of Māori. It found that institutional racism permeated all state institutions and that state policy was largely monocultural.

The Mana Ōrite Relationship Agreement was signed between Stats NZ and the Data Iwi Leaders Group of the National Iwi Chairs Forum in 2019. As noted in the covering letter, “it is the first agreement of its kind between iwi-Māori and the Crown... Mana Ōrite determines that respective views be heard, considered, and afforded equal explanatory power. This means both parties acknowledge and accept each other’s unique perspectives, knowledge systems and world views as being equally valid to decisions made under the relationship.”

The Ināia Tonu Nei report summarises the kōrero that was shared at Ināia Tonu Nei – Hui Māori in Rotorua 5–7 April 2019. The hui was convened by Māori in response to the government’s establishment of Hāpaitia te Oranga Tāngata, Safe and Effective Justice Programme and to ensure Māori voices would be heard within the justice reform process. Three main recommendations arose from the kōrero at the Hui Māori. These cover constitutional reform, a call for a plan to accelerate and understand the change needed, and to establish a Mana Ōrite model of partnership.

Matike Mai Aotearoa, the Independent Working Group on Constitutional Transformation, was first promoted at a meeting of the Iwi Chairs’ Forum in 2010 and was tasked to “develop and implement a model for an inclusive Constitution for Aotearoa based on tikanga and kawa, He Whakaputanga o te Rangatiratanga o Niu Tireni of 1835, Te Tiriti o Waitangi of 1840, and other indigenous human rights instruments which enjoy a wide degree of international recognition”. The Terms of Reference required the working group to seek advice on a different type of constitutionalism that is based upon He Whakaputanga and Te Tiriti. For that reason this Report uses the term “constitutional transformation” rather than “constitutional change”.

He Puapua is a report from the Technical working group on  a plan for the UN Declaration on the Rights of Indigenous Peoples (DWG). As an independent body, the DWG was established by Cabinet to develop a plan and an engagement strategy to realise the Declaration. The report provides a ‘roadmap’ for a ‘Vision 2040’ – the realisation of the Declaration by  2040.