A number of reports have been published on research into image based sexual abuse, pornography and online abuse and harassment in New Zealand. Report ... 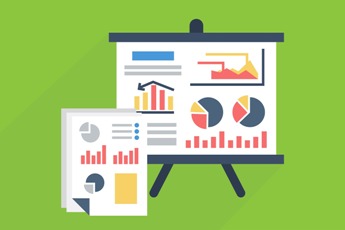 A number of reports have been published on research into image based sexual abuse, pornography and online abuse and harassment in New Zealand.

Report on image based sexual abuse

Netsafe has recently published Image-based sexual abuse: A snapshot of New Zealand adults’ experiences (January 2019). The report summarises findings from research that asked 1001 adults whether someone had or had threatened to distribute or share intimate or sexual content of them online without their consent.

Men were more likely to report that the most common reasons for the abuse was a joke or for extortion. Men were also more likely to report intimate content being shared by a stranger or someone that they know well but who is not an ex-partner. Netsafe says that these differences are reflected in the cases that their helpline receives."

The report also includes reflection from the Netsafe contact centre. In particular they noted:

"What we commonly find in cases of relational-IBSA is that supporting agencies and individuals (mainly family and friends) often insinuate or directly blame the victim. They report being told ‘they shouldn’t have shared’, and they should ‘get off social media’ or ‘get off the internet’ entirely. This has an impact. Those targeted often tell us they were left ‘feeling humiliated’ or ‘not heard’, and that those providing support ‘don’t care’ or ‘don’t understand’. This can lead towards a lack of trust in support agencies which results in less engagement and more difficulty ascertaining exactly what has occurred" (page 8 of the report).

“This attitude is problematic and discourages people from seeking help. Sending intimate content of yourself is not the issue, it’s when people then on-share that content without consent, and this is supported by legislation.”

Image based sexual abuse can be an offence under the Harmful Digital Communications Act 2015, regardless of whether the intimate content was initially sent consensually or created consensually.

Netsafe provides advice about image based abuse and sextortion and blackmail on their website.

Netsafe published two reports about parents’ views and experiences of their children's exposure to pornography and online sexual content and behaviour.

Children’s exposure to sexually explicit content: Parents’ awareness, attitudes and actions (December 2018) summarises findings from a larger study. Parents were asked about their main concerns regarding online safety for their children. Other questions explored whether parents were aware of their children's exposure to sexually explicit content, how it occurred, how parents responded and their confidence in managing related issues.

Parenting and pornography: Findings from Australia, New Zealand and the United Kingdom (December 2018) summarises findings of a joint research effort on parental attitudes to pornography. The report provides findings specific to each independent country study.

Office of Film and Literature Classification: Youth exposure to pornography

The research found that over two thirds of young people had been exposed to pornography. One in four have seen pornography before the age of 12. Young people reported commonly seeing violence or aggression (69%) and non-consensual activity (72%) in pornography.

ActionStation has published The People's Report on Online Hate, Harassment and Abuse (2019). The report summarises new research, individual experiences, and expert opinions. ActionStation explored the impact of online hate, harassment and abuse for New Zealanders and how the Harmful Digital Communications Act addresses these issues. ActionStation has also published results from the online survey of people of colour which they commissioned UMR Research to conduct.

The report provides a brief summary for each of the main findings from the research. The summaries include key statistics from ActionStation's commissioned research and key statistics and information from related research in New Zealand and Australia. Their findings include:

“Social media companies have done a great job of connecting whānau and friends around the world. But they also provide a powerful and relatively cheap way for groups and individuals to spread hate, fear, abuse and misinformation across time and space, and without transparency.”

“The solution is not just for people to log off or put their phone down. Many of us rely on the internet for connection, employment and information. The solution is government regulation.”

The researchers examined Samoan author Lani Wendt Young's story as a case study. Last year Young shared the lack of police response to her experiences of online threats of rape and violence.

For help or more information

It's time we talked is part of the 'Reality & Risk: Pornography, young people and sexuality' violence prevention project. The Australia-based project supports young people, parents, schools, government and the community sector to understand and address the influence of pornography.

Netsafe has recently released a Digital Safety Management Plan (DSMP) resource to help guide schools in their planning and decision making around the safe and responsible use of digital technology and online platforms.

Netsafe is accepting applications for their current round of funding for an Online Safety Grant. The deadline to apply is 28 February 2019. Projects that will help to reduce or lessen harm caused by harmful digital communications are eligible for up to $100,000 of funding.

The Australian Government Office of eSafety Commissioner has produced guides in 12 different languages to help women who are experiencing technology-facilitated abuse. The guides cover topics such as keeping your device safe and secure, using social media safely, red flags, helping children and dealing with image-based abuse.

Insights Into Digital Harm: The online lives of New Zealand girls and boys, Ministry for Women and Netsafe (December 2017)

Also see the NZFVC library under the topic Online Harassment.

Facebook and Stuff are allowing racism to flourish on their platforms, The Spinoff, 09.03.2019