The Government is undertaking a targeted reform of the Residential Tenancies Act 1986 (RTA). The RTA is the main legislation related to the ... 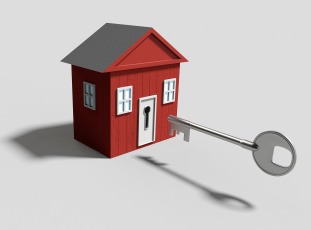 The Government is undertaking a targeted reform of the Residential Tenancies Act 1986 (RTA). The RTA is the main legislation related to the contract and interactions between residential landlords and tenants.

The reform is focused on:

Currently, the Ministry of Business, Innovation and Employment (MBIE) is consulting on several proposed changes to the RTA. To provide information about the consultation, MBIE has published the following:

You can give feedback by:

The deadline for submitting feedback is 21 October 2018.

For more information see the Consultation on Reform of the Residential Tenancies Act 1986.

Renting rights for victims of domestic and family violence

In Australia, a number of states and territories have introduced legislation to provide additional tenancy rights for victims of domestic and family violence. Some of the protections for victims include:

In Tasmania, legislation to amend the amendments to the Residential Tenancy Act has been introduced in August 2018, taking into consideration family violence.

In Western Australia, the Residential Tenancies Legislation Amendment (Family Violence) Bill 2018 was introduced into Parliament in May 2018.

See the media links below for legislative work in other Australian states.

Further information on homelessness and violence

Domestic violence is a major driver of women's homelessness. Once homeless, women and their children can also be at higher risk of experiencing further violence or returning to violent partners.

For more information about the links between violence and homelessness see:

The Ministry of Housing and Urban Development has taken over this work. In November 2019, the Government introduced the Residential Tenancies Amendment Act 2019 in response. Submissions are now open on the proposed legislation until 25 March 2020.

Rental shortage in Hamilton is impacting on victims of family violence, Hamilton News, 14.07.2017