The Minors (Court Consent to Relationships) Legislation Bill has passed its third reading in Parliament and received Royal Assent. The purpose ... 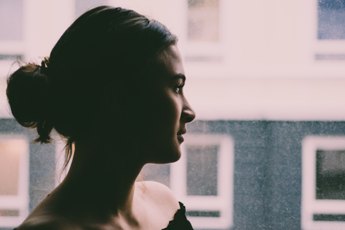 The Minors (Court Consent to Relationships) Legislation Bill has passed its third reading in Parliament and received Royal Assent.

The purpose of the Minors (Court Consent to Relationships) Legislation Bill is to prevent forced marriage. It requires 16 and 17 year olds to apply to the Family Court for approval to marry and makes it illegal to issue a marriage licence to a 16 or 17 year old without the Court’s approval. This replaces the previous requirement for the consent of parents or guardians.

The Justice Committee released their report recommending the bill be passed with amendments in March 2018. These amendments included expanding the legislation to include civil unions and de facto relationships, allowing a judge to request a cultural report to help with making a decision and allowing the court to appoint legal representation for the applicant.

For more background information about the legislation see our previous story Submissions open on bill to prevent forced marriage.

The It's Not OK campaign has information for migrant communities including resources such as the 'Culture - no excuse for abuse' booklet, produced with Shakti.

The Family and Whānau Violence Legislation Bill has proposed a number of changes to civil and criminal law. This includes creating a new offence for coercion to marry. For more information about the planned legislation see our story Government introduces Bill to reform family violence laws. The bill is awaiting its second reading in Parliament.

The Australian Institute of Criminology has recently published a report, When saying no is not an option: Forced marriage in Australia and New Zealand (2018). It summarises findings from research on forced marriage. The research involved interviewing stakeholders, community groups and victims/survivors from New Zealand and Australia. It explored perceptions and realities of forced marriage, consequences of criminalising forced marriage and interventions, policy development and legislation.

For information and research specific to Aotearoa New Zealand about migrant youth experiences of intimate partner violence see the following articles in our library:

Also see the issues paper the Intersectionality of Forced Marriage with Other Forms of Abuse in the United States (2016) from the National Resource Center on Domestic Violence (NRCDV).

I Am Free - Sehar Moughal, TVNZ 'I am' series, 10.07.2018(Content warning: visual re-enactments and descriptions of violence)

Courts to get the final say over whether young teenagers can marry, Stuff, 08.08.2018

Marriage of minors bill would give power to courts, not parents, to stop forced marriage, Stuff, 15.02.2018