Budget 2018 was announced on 17 May 2018. The Budget included funding for a new national agent to lead and coordinate the family and sexual violence ... 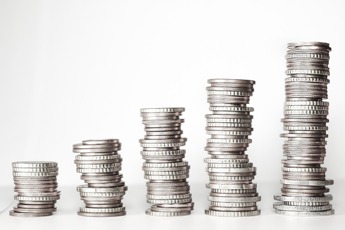 Justice Minister Andrew Little and Associate Minister Aupito William Sio announced $2 million in operating funding for 2018/19 for a Family and Sexual Violence Central Agent. The funding is to cover the initial policy work to set up the agent, which will coordinate public sector and non-government organisation efforts to address family and sexual violence.

The cross-government Family and Sexual Violence Work Programme sent out a special email update about the Budget 2018 funding. Specific to the new coordinating agent or body, the update notes:

You can subscribe to future Family and Sexual Violence Work Programme updates by emailing familyandsexualviolence@justice.govt.nz.

$7.5 million of operating funding has been allocated over four years for sexual abuse assessment and treatment services co-funded by ACC, NZ Police and the Ministry of Health. ACC Minister Iain Lees-Galloway said "... Budget 2018 has increased funding to services that work to prevent sexual abuse, and support victims through treatment."

"This Government is committed to ensuring people are supported and violence is prevented. Our plan includes properly resourcing sexual abuse assessment and treatment services, so I’m pleased that these crucial services are receiving the first significant funding increase from central government since 2008. It has been long overdue."

Media recently reported that some victims of sexual assault have been waiting more than a year for counselling services through ACC. Specialist sexual violence providers have previously reported significant increases in service demand above their funding levels.

Māori Development Minister Nanaia Mahuta said Māori Development funding in Budget 2018 was focused on papakāinga housing development, improving administration of whenua Māori, expanding training opportunities for rangatahi, and promoting Māori Wardens. However, concerns have been raised that funding for Māori is limited and has in fact decreased, with Te Puni Kōkiri losing $3 million of baseline funding over the next four years. (See also further responses in the media list below). In a joint Ministerial announcement with other Māori Ministers, Crown/Māori Relations Minister Kelvin Davis said "We cannot fix all the challenges Māori face in a single Budget – but we are starting to turn things around. We are building the foundations for a future full of Māori success."

A number of advocates have highlighted that the Budget approach does not increase funding for many social service NGOs. Social Service Providers Aotearoa (SSPA) national manager Brenda Pilott welcome the news, but raised concerns about inadequate for NGOs:

“We are encouraged by this year’s funding increase for family violence services and by the Minister of Finance’s promise of a strong focus on social wellbeing in Budget 2019. But we are very concerned that, in the meantime, some services are stretched to breaking point and won’t be able to last another year without financial relief.”

"From a social work perspective, we also welcome the increase in funding that has been directed toward Oranga Tamariki and for community-based Family Violence Services. However, we regret that the core community based social services sector has received no additional funding, despite its role in providing indispensable services to many vulnerable New Zealanders."

See the Budget 2018 website. Also the NZ Herald summary article that includes key highlights, links to speeches and key press releases and the Māori Television summary article and story, Tahua 2018 which examines what the Budget includes for Māori. Other responses to the Budget are included in the media list below.

Opinion: Sexual assault services run on the smell of an oily rag - we must do better, Opinion: Georgie Ferrari, Newshub, 24.05.2018

'It's extremely disappointing, you know?' - Labour MPs under fire over lack of targeted spending for Maori, One News, 18.05.2018

A first step, but not a transformation for children, Press Release: Child Poverty Action Group, Scoop, 18.05.2018