The spotlight on the legal profession's responses to domestic violence, sexual harassment and assault has continued. Investigation of lawyer's ... 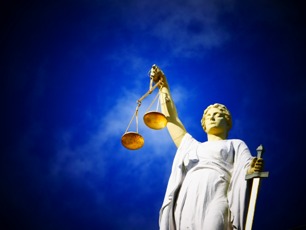 The spotlight on the legal profession's responses to domestic violence, sexual harassment and assault has continued.

Concerns have been raised about the New Zealand Law Society's National Standards Committee investigating lawyer Catriona MacLennan. The Committee is investigating comments made by Ms MacLennan about a District Court Judge's decision to discharge a man without conviction in a domestic violence case.

The Judge's comments included "There would be many people who would have done exactly what you did, even though it may be against the law to do so." Ms MacLennan criticised the comments and the sentence in the media.

After media coverage, Chief District Court Judge Jan Doogue said "... to the extent that the Judge may have expressed himself inappropriately in any event, I do not seek to defend his remarks. And I am sure on further reflection neither would he." The Judge's decision was ultimately appealed and overturned in the High Court.

In a Newsroom article, Ms MacLennan questions the decision to investigate her as a disciplinary matter, saying:

"Domestic violence victims, in particular, are almost never in a position to speak out about their experiences. As has been widely reported, Aotearoa has the highest reported rate of intimate partner violence in the developed world. Neither the law society nor anyone else will ever silence me about domestic violence - or about any of my other causes. If I have to choose between being a lawyer and freedom of speech, I will not hesitate to choose my freedom of speech."

New Zealand Law Society President Kathryn Beck issued a statement in response, saying in general comments on judicial decisions must be expressed in a "reasoned and objective manner." The Law Society also published a piece on the role of standards committees.

High Court barrister and solicitor Benedict Tompkins has written an open letter to the Law Society calling the decision to investigate Ms MacLennan "repugnant." He writes:

"By bringing to bear the coercive power of its disciplinary machinery, it [the Law Society] has stifled, or attempted to stifle, valuable comment on important issues, including domestic violence and the proper functioning of the criminal justice system. Such comment — and in particular comment by lawyers, who are uniquely qualified to pass it — is essential to the proper functioning of a liberal democracy."

In another piece responding to the investigation, Backbone Collective co-founder Deborah Mackenzie also expressed alarm. She noted the similarly punitive response the Backbone Collective has received after highlighting issues in the legal system, writing:

“When we launched a year ago we believed that if we gave the people who work in the system feedback from service users they would receive that information enthusiastically – ready to make change to ensure the system is effective as possible. During 2017, the Backbone Collective surveyed hundreds of female domestic violence victims about their experiences in the Family Court. We found and publicly reported on a widespread culture of power, control, entitlement, intimidation, bullying and misogyny. … When we first publicly reported what women were telling us we were alarmed that both the judiciary and the New Zealand Law Society responded critically, in effect ‘shooting the messenger’.”

"The convention that judges should not be criticised because it undermines confidence in the rule of law has endured here and in many other countries. MacLennan’s predicament has re-ignited the debate over whether judges are held sufficiently accountable when there are questions around their competence, impartiality and equality of treatment. A long running Newsroom investigation into the Family Court found many incidents where comments made by its judges raised concerns about attitudes held by some of them"

Update: The Standards Committee of the NZ Law Society has decided to take no further action against Catriona MacLennan.

Update: The Law Society has published a report on a survey of more 3,500 lawyers in New Zealand, finding more than 30% of female lawyers have been sexually harassed during their work life.

Also following the media coverage of sexual harassment and assault, the Criminal Bar Association of New Zealand surveyed their members about experiences of harassment and bullying. Findings from the Anonymous Survey about Harassment and Bullying in the Practice of the Criminal Law were published in March 2018.

More than 88% of criminal law professionals who completed the survey said they had personally experienced or witnessed harassment or bullying behaviour in the last four years. Participants reported that judges (65%) and colleagues/group of colleagues (44%) were most likely to harass or bully. This was followed by opposing counsel (33%) and clients (31%). More than 80% had not made an official complaint or report. Of those who formally complained, only 7% said the process resolved the issue.

“If proper standards are not observed, I encourage those who are affected or who have observed such behaviour to raise their concerns with the head of bench or with me or to make a complaint to the Independent Judicial Conduct Commissioner.”

"We are discussing the survey findings with the Criminal Bar Association. We note and endorse the comments made by the Chief Justice encouraging those who are affected or who observe such behavior to raise their concerns with the head of bench, with the Chief Justice, or to make a complaint to the Independent Judicial Conduct Commissioner. The New Zealand Law Society is also there to assist and support any lawyers who encounter problems.”

In an interview on Newshub, Parliamentary Under-Secretary to the Minister of Justice (Sexual and Domestic Violence Issues), Jan Logie said the survey results are "deeply worrying" and the Government is taking the issues seriously.

See our previous news story on Russell McVeagh, the legal profession, the #metoo movement and more: Sexual harassment and assault highlighted on International Women's Day. This includes updates and a list of media coverage.

Justice Minister Andrew Little has announced the Government will review the Family Court. Further details have not yet been published.

The Backbone Collective has published reports about women and children's experiences of the Family Court when trying to escape violence.

A recent book by law academics looked at legal decisions and court judgments through a feminist and mana wahine perspective. In Feminist Judgments of Aotearoa New Zealand (2017), the authors reinterpret and propose different outcomes. The book is the result of a project funded by the Law Foundation.

Catriona MacLennan: The Law Society's heavy-handed action against me will mean no lawyer will ever again publicly criticise a judge, One News, 17.05.2018

Lawyers are free to speak out against the judiciary, NZLS president says, NZ Herald, 17.04.2018

Protestors outside judges homes are being told there are other ways to have their voices heard, Newstalk ZB, 17.04.2018