Government responds to UN Committee on the rights of children

Social Development Minister Anne Tolley led a delegation to meet with the UN Committee that oversees the United Nations Convention on the Rights ... 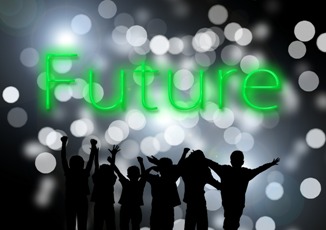 Social Development Minister Anne Tolley led a delegation to meet with the UN Committee that oversees the United Nations Convention on the Rights of the Child (UNCROC).

The delegation answered questions from the Committee on New Zealand's implementation of the UNCROC, outlined in New Zealand’s Fifth Periodic Report.

Minister Tolley has said "There was some misunderstanding as to what we're trying to achieve with that [Ministy for Vulnerable Children] but I think we had good dialogue about it."

Children's Commissioner Andrew Becroft, also part of the delegation, said "The committee was really I think asking we've got a lot of initiatives that are going on at the moment - is there an overarching plan that covers everything? Is there a comprehensive concerted plan to deal with all under 18-year-olds in New Zealand? Have we narrowed the focus unduly on vulnerable children to the detriment of New Zealand children as a whole?"

The Committee also asked specific questions about the Government's investment strategy and outsourcing of essential services and child poverty and homelessness.

Minister Tolley said in a media release “I will be highlighting the important initiatives that have been introduced since New Zealand submitted our Fifth Periodic Report, such as the $790 million child material hardship package, which came into effect on 1 April 2016. This raised benefit rates for families for the first time in 43 years, increased Working for Families payments for low income working families and increased Childcare Assistance payments."

However, non-government groups have raised concerns of the current status of children and have been critical of the government's approach to child well-being, protection and care.

In addition to the Government's report and response to questions, representatives from number of non-government agencies submitted reports and attended the Committee meeting. The UNCROC Monitoring Group was formed in 2011 to monitor how the UN Committee’s 2011 Concluding Observations have been addressed in New Zealand. The UMG is convened by the Office of the Children’s Commissioner, and consists of representatives from the Human Rights Commission, Action for Children and Youth Aotearoa (ACYA), Save the Children New Zealand, and UNICEF New Zealand.

ACYA have said they are “... deeply concerned about the quality of life and wellbeing of a significant number of children and young people in Aotearoa New Zealand, especially the disproportionate burden of inequalities borne by Māori, Pacific, disabled and ethnic minority children.”

The Human Rights Commission has made a number of recommendations calling on the New Zealand Government to develop "...a properly funded children’s rights plan that identifies actions and measures results in an effort to address the significant issues facing many of New Zealand’s children."

UNICEF NZ said the UNCROC Monitoring Group have previously been concerned about the lack of children's voices. Save the Children, UNICEF NZ and ACYA have recently published Our Voices, Our Rights to ensure children's voices were included in the review.

The Child Poverty Action Group (CPAG) has recently commented that the Ministry of Justice report on Household Incomes in New Zealand published in August 2016, "...show no real signs of improvement in the quality of life for most New Zealand children living below the poverty line."

The UN committee is expected to publish concluding observations from the review in October.