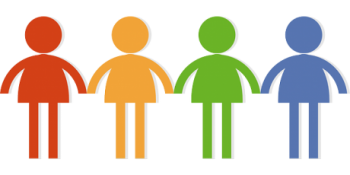 The New Zealand Government has published a National Action Plan on Women, Peace and Security for the period 2015-2019.

The New Zealand National Action Plan for the implementation of United Nations Security Council Resolutions, including 1325, on Women, Peace & Security 2015-2019 outlines how New Zealand implements Resolution 1325 and other related resolutions, and sets out areas for future development.

Resolution 1325, adopted by the United Nations Security Council on 31 October 2000, draws attention to "the differential impact of armed conflict on women, their exclusion from conflict prevention and resolution, peacekeeping and peacebuilding, and the inextricable links between gender equality and international peace and security."

The release of New Zealand's Action Plan coincided with a United Nations Security Council High Level Review of the implementation of Resolution 1325. The subsequent report Preventing Conflict Transforming Justice Securing the Peace: A Global Study identifies the gaps and challenges of implementation, as well as emerging trends and priorities for action.

In New Zealand, Police deploy 12 women (out of a total of 67 staff) who work in the Solomon Islands, Bougainville, Timor-Leste, Vanuatu, Tuvalu and throughout the Pacific with the Pacific Prevention of Domestic Violence Programme (PPDVP). Assistant Commissioner Malcolm Burgess said "We are very proud of the work all our staff deployed internationally do to protect and assist communities. Our women police staff play a particularly significant role in building trust and confidence in the communities they work in."