Alcohol Healthwatch and Women's Health Action have released a policy briefing paper to address the knowledge gap on women and alcohol consumption. ... 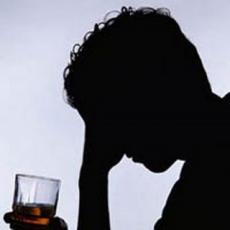 Alcohol Healthwatch and Women's Health Action have released a policy briefing paper to address the knowledge gap on women and alcohol consumption. The research, commissioned by the Ministry of Health, reviewed literature on women and alcohol and interviewed key informants who come into contact with the impacts of alcohol in women's lives.

Women and Alcohol in Aotearoa/New Zealand: Te Waipiro me nga wahine i Aotearoa looks at research findings and provides a set of recommendations to reduce alcohol harm, improve health outcomes for women and better inform policy and programme development. The longer full report is also available.

The paper states that the major alcohol-related harm experienced by women and children as a consequence of the drinking of others is violence. The paper also finds strong evidence that alcohol is a key factor in the prevalence and severity of domestic or sexual violence, with one in three reported cases of domestic violence being alcohol affected. Further, alcohol consumption by women at the time of an assault may prevent them from seeking help, leading to feelings of "guilt or self-blame, inhibiting access to justice and increasing potential for alcohol abuse".

The report estimates more than 10,000 sexual assault occur each year in New Zealand involving a perpetrator who has been drinking. Gender inequities in social attitudes around rape and alcohol are also noted, with the authors stating, "Women who drink are seen as less believable and more responsible for the assault, and men who drink as less responsible". The gendered nature of sexual coercion also means the impact on women is likely to be greater.

Violence against women is also shown to be a key influence in women's own harmful drinking. The paper finds women who have experienced intimate partner violence are found to have significantly greater rates of problem drinking and alcohol dependence and women who have experienced sexual violence in childhood are more likely to use alcohol to cope. Women who were sexually assaulted while affected by alcohol are more likely to blame themselves, drink more and have more alcohol-related problems after the assault.

The paper concludes with 13 recommendations to ensure effective policy responses and programmes to reduce alcohol-related harm for women.  The paper specifically recommends "Coordinating efforts addressing alcohol harm and violence against women. Strategies and interventions to reduce alcohol related harm are [to be] coordinated with activities to address violence against women, including sexual and family violence."

Other recent publications on alcohol available via the New Zealand Family Violence Clearinghouse Library include:

Elephant in the room: responding to alcohol misuse and domestic violence, authored by Rochelle Braaf, published by the Australian Domestic and Family Violence Clearinghouse, July 2012