The Ministry of Justice has expanded the National Home Safety Service, awarding the national contract to a partnership between National Collective ... 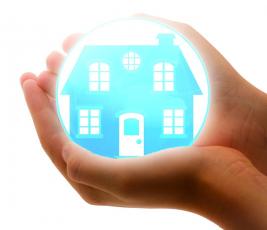 The Ministry of Justice has expanded the National Home Safety Service, awarding the national contract to a partnership between National Collective of Independent Women's Refuges (NCIWR), Shakti New Zealand and the Pacific Island Safety and Prevention Project.

The three year contract, worth $3.6 million, begins on 1 July 2015. It aims to better protect up to 1000 adult and child victims of family violence each year by making homes safer. Home security is upgraded by replacing glass panelled doors with solid doors, installing security lights and monitored personal alarms, replacing locks and repairing broken windows. The service also links victims to other agencies that can support them.

The service builds on the work of the Safe@Home service developed by domestic violence agency Shine since 2008, currently available in Auckland, Tauranga and Christchurch. The programme was evaluated by the Ministry of Social Development in 2010. Shine also wrote a report, Changing a crime scene into a home, on the first 300 cases. Shine executive director Jane Drumm says the model is extremely successful. "Effectively what it did was make the homes of high risk victims much more secure, so it bought them time to get help from police." She says Shine is sorry to miss out on the chance to be involved in the project.

A further evaluation of the Shine safe@home programme for victims/survivors of domestic violence was published in September 2014.

Aviva (formerly Christchurch Women's Refuge), which runs the Safe @ Home programme in Christchurch through Shine, expressed concern at the possible duplication of services. Chief Executive Nicola Woodward said "This is a step backwards rather than a step forward. We know there is a lot of confusion for clients [on] how to access services when services are provided by multiple providers."

Expanding the initiative is part of the suite of initiatives announced by the Government in July 2014 in its Stronger Response to Family Violence package.