The winning songs from the E Tū Whānau Song Competition 2017 have been announced. East Coast Breevaz, a three man reggae band from Gisborne, ... 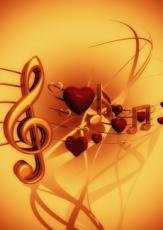 The winning songs from the E Tū Whānau Song Competition 2017 have been announced.

East Coast Breevaz, a three man reggae band from Gisborne, won first prize for their song One Love. East Coast Breevaz band members include Pakanga Te Whitu, Puna Manuel and Greyson Mauheni. Pakanga Te Whitu said “Our song is about us rangatira uplifting and guiding our rangatahi towards a brighter future for the Māori nation.” Read more about the band's story.

Tommy Waititi won second prize for his song The Ol’famz-alee. Tommy said “This song is for anyone living away from home, who gets that throbbing heartache for the simple life on the coast, being with family, and enjoying quality time with nature.” Read more about Tommy's story.

Maioha Panapa won third prize for her song Home. The song is a celebration of whānau and home. Maioha said “From my perspective, home is more than just a place. It’s that feeling when your heart is at one with the environment.” Read more about Maioha's story.

More songs from the competition can be found on the E Tū Whānau Song Competition Facebook page.

The competition was held during NZ Music Month in May. It is organised by E Tū Whānau in conjunction with the network of Māori Radio Stations. E Tū Whānau is a movement for positive change developed by Māori for Māori.

Winning songs from 2016 are available on the E Tū Whānau website.