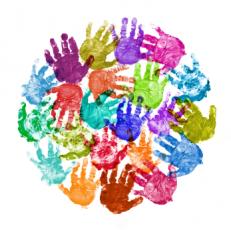 The Vulnerable Children Bill passed its third reading in Parliament on 19 June 2014.

The Vulnerable Children Bill places new, legislated responsibility for protecting and improving the lives of vulnerable children on the heads of NZ Police and the Ministries of Justice, Health, Education and Social Development.

It introduces new screening and vetting procedures and people with serious convictions will be restricted from working closely with children.

Other measures include a new ground for declaring a child to be in need of care or protection: where the parent has previously had a child permanently removed because of abuse or neglect, or had been convicted of the murder, manslaughter or infanticide of a child in their care. Any subsequent child will be considered to be in need of care or protection unless the parent has demonstrated that they no longer posed a risk of causing or allowing similar harm. It switches the onus, which was previously on the state to establish that the parent posed a risk to that child, and enables the state to remove future children from their parent/s at birth on these grounds.

The legislation passed 105 -10 with the Green Party and Mana Party voting against.

In the Committee of the Whole House debate, Green Party MP Jan Logie said "I get the passion that the Minister conveys around the importance of addressing sexual abuse and physical violence against children. That is an issue I am deeply passionate about and have spent much of my life working on, as have others in this House. But I will point out that, in effect, the Government has edited out, through this process, any mention of domestic violence.

... Over half of the children who have Child, Youth and Family notifications attached to them are coming from families that are violent, where there is domestic violence present, and yet this bill does not acknowledge that reality. Unless we acknowledge that reality and actually take on domestic violence head on, name it, and get the understanding of it shared across the relevant ministries, then, actually, we are in danger of putting these kids at risk because we are in danger of taking them away from protective parents, which is happening all too often. Sadly, we are still hearing stories coming out of the community of children losing both of their parents because the State cannot understand and support the role of the protective parent. It is so hard for those fathers to access the support that they need to change their attitudes, behaviour, and beliefs to become good fathers, and this bill, sadly, again does nothing to deliver on that."

"Another point I would like to speak on, which is a core point for us and maybe one of the main ones why we are having to oppose this bill, is placing the onus on the parent of a subsequent child to demonstrate that he or she is safe to parent if a child was previously permanently removed due to abuse or neglect. We know that protective parents are losing custody of their children because of the behaviour of abusers. That is happening. We would hate to see a situation where a woman had managed to escape—and even, imagine, if her partner had been through treatment and managed to get himself sorted and they were back together—but where she would face the possibility of losing her next child because of the actions of an abuser. That, to me, does not seem to be about justice. Reversing the onus of proof is a very big step, and one that we do not believe in."

Jan Logie has previously said the Bill failed to deal with child poverty and family violence.

Labour supported the bill but said it did not go far enough as it did not address child poverty, or invest in primary and secondary as well as tertiary prevention.

The Bill is a central part of the Government's Children's Action Plan, developed following the White Paper on Vulnerable Children.

Social Development Minister Paula Bennett welcomed the passage of the legislation saying "Every child in this country deserves good health, education and welfare. Most parents provide that but for those who can’t or won’t, government agencies must step in and be advocates for those children. I expect these children to now go to the front of the queue."