The Royal Commission into Family Violence underway in Victoria, Australia, is live streaming public hearings on how to improve the family violence ... 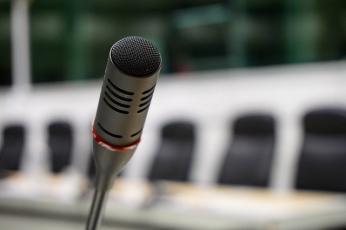 The Royal Commission into Family Violence underway in Victoria, Australia, is live streaming public hearings on how to improve the family violence system. Transcripts of the hearings are also available, along with submissions made to the Royal Commission.

In the first ten days of hearings, the Commission heard from nearly 70 experts and a small number of individuals affected by family violence. The hearings explored issues and questions including:

Expert witnesses come from a wide range of government and non-government agencies. Professor Cathy Humphries from the University of Melbourne provided a witness statement covering: responding to children living with domestic and family violence, primary prevention for children and young people, pregnant women and women with infants, children living with post-separation violence, focusing on the perpetrator and strengthening mother-child relationships. Cathy Humphries also co-authored a submission from the Melbourne Research Alliance to End Violence Against Women and Their Children (part one and part two).

After a break in the week of 27 July, hearings will resume on Monday 3 August 2015. The second half of the hearings will focus on:

Witness details are made available 48 hours in advance. Transcripts, witness statements, an up-to-date hearings schedule and further information are available on the Royal Commission website.

The nearly 1000 submissions made to the Royal Commission are also published on the website. These include a wide-ranging assessment of the current state of the family violence system by the Victorian Government, including: a system at crisis point, gaps in the system, opportunities to innovate and improve, and gender inequality. Victoria has appointed a Minister for the Prevention of Family Violence, the first in Australia. The Minister, Fiona Richardson, visited New Zealand in July 2015.