The Victorian Budget 2017/18 includes a $1.9 billion package to address family violence. This follows the Victorian Government's promise to implement ... 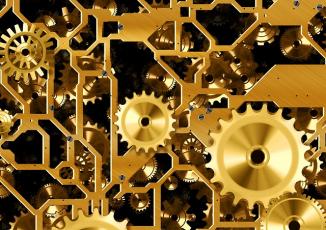 This follows the Victorian Government's promise to implement all of the 227 recommendations of the Royal Commission into Family Violence, which handed down its final report in March 2016.

The detailed budget allocation sets out initiatives to be funded over the next five years including (among other things):

Minister for Women Fiona Richardson said "We don’t just want to reduce family violence – we want to stop it before it starts. That requires dedicated, long-term action."

Premier Daniel Andrews said "We made a commitment to put an end to family violence. We’re making every reform and investing every resource to do just that."

Emily Maguire, CEO of Domestic Violence Resource Centre Victoria (DVRCV) said "We welcome this unprecedented leadership and investment in family violence prevention and response. This budget balances the changes we need now, like workforce development and more specialist support for victim/survivors, with future-focussed investment in infrastructure like the Support and Safety Hubs, the Centre for Workforce Excellence and the Family Violence Coordination Agency."

The ABC reported that Fiona McCormack, CEO of peak body Domestic Violence Victoria said, "To be honest I think today is a day for Victoria to be proud. God knows we've had enough days to be ashamed of."

Family violence was estimated to cost the Victorian economy $5.3 billion in 2015-16. (The economic cost of child abuse and intimate partner violence in New Zealand has been estimated at between $4.1 to $7 billion per year and rising.)

More detail is available from the Victorian Government website and health.vic websites. This includes the Rolling Action Plan 2017-2020. A few initiaves are described below.

The Budget includes $50.7 million for primary prevention. This includes establishing a new prevention agency, which will guide the implementation of the Free from Violence primary prevention strategy and monitor the state's efforts to prevent family violence. The strategy sets out the Government's approach:

The Government also invested an extra $5.9 million to support the implementation of Safe and Strong, Victoria’s first gender equality strategy, launched in December 2016.

The Ending Family Violence 10 year plan acknowledges the importance of specialist family violence services. It commits to building the capacity and capability of specialist services and providing effective resourcing.

It also acknowledges the importance of building the capability of staff at government and non-government services to identify and respond to family violence in order to provide effective early intervention.

Timeline of work to address family violence in Victoria, Australia

Between 2005 and 2010, reforms applied a whole-of-government approach to addressing family violence.

In December 2014, the Government announced a Royal Commission into Family Violence. Fiona Richardson was appointed the first ever Australian Minister for the Prevention of Family Violence.

The 2016/17 Victorian Budget included $572 million to begin work on the Royal Commission's most urgent recommendations. This included funding for:

The Budget also allocated funding to begin work on systemic improvements recommended by the Royal Commission including (among other things): establishing an independent monitor and a coordinating agency to see the Royal Commission’s recommendations are implemented with appropriate stakeholder engagement; enhancing development of the family violence workforce through capacity building; and funding domestic violence advocate positions to assist victims in navigating the system.

Subsequently, the Family violence rolling action plan 2017-2020 was released, announcing that from 1 July 2017, Family Safety Victoria is the new dedicated agency for delivering family violence reform across the state. A new rolling plan will be developed approximately every three years.

In May 2017, the Budget committed $1.9 billion to addressing family violence. The Free from Violence primary prevention strategy was also launched.