The UK Home Office has carried out consultation on whether the current law on domestic abuse needs to be strengthened to offer better protection ... 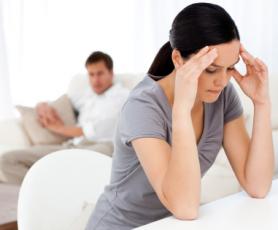 The UK Home Office has carried out consultation on whether the current law on domestic abuse needs to be strengthened to offer better protection to victims. The consultation, which closed on 15 October 2014, focused on whether a specific offence is required to criminalise coercive and controlling behaviour in intimate relationships. This would bring criminal law in line with the official UK cross-government definition of domestic violence.

Controlling behaviour is defined in the consultation paper as "a range of acts designed to make a person subordinate and/or dependent by isolating them from sources of support, exploiting their resources and capacities for personal gain, depriving them of the means needed for independence, resistance and escape and regulating their everyday behaviour."

Coercive behaviour is defined as "an act or a pattern of acts of assault, threats, humiliation and intimidation or other abuse that is used to harm, punish, or frighten their victim."

The consultation paper notes there are arguments for and against creating a specific domestic abuse offence. However it states research has made it clear that currently, "the police fail to see domestic abuse, particularly in its non-violent form, as a serious crime. Acts that are clearly criminal are not referred for prosecution and arrest rate varies widely. Creating a specific offence of domestic abuse may send a clear, consistent message to frontline agencies that non-violent control in an intimate relationship is criminal. Explicitly capturing this in legislation may also help victims identify the behaviour they are suffering as wrong and encourage them to report it, and cause perpetrators to rethink their controlling behaviour."

Women's Aid, in partnership with Sara Charlton Charitable Foundation and Paladin has campaigned for the legislation. It says the current legislative framework fails to recognise many women's experience of domestic violence by keeping psychological abuse and coercive control beyond the reach of criminal law.

A summary of consultation responses will be published on GOV.UK. Formal proposals for new legislative provisions will be developed if the Government decides to strengthen the legislation.

A key resource for understanding coercive control (and the argument for law, policy, and advocacy work to focus on coercive control) is Coercive Control: The entrapment of women in personal life by Evan Stark (2007). It is available for loan from the New Zealand Family Violence Clearinghouse library; a preview is available on Google books.

It's Time the Law Changes - Domestic Abuse Is About Perpetrators Using Their Control, Not Losing Control, Blog, The Huffington Post UK, 17.10.2014