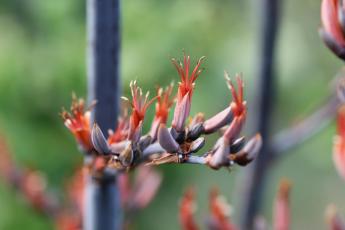 Te Wiki o te Reo Māori has been celebrated every year since 1975.

There are oodles* of ideas to celebrate Māori Language Week online.

For example have a look at the Rangahau website for Māori researchers, which includes an outline of Principles of Kaupapa Māori.

Lot of resources supporting the use of te reo in daily use are available on Te Taura Whiri i te Reo Māori | Māori Language Commission website.

Hīkoi Reo Māori (Māori language parades) are being held around the country.

In her speech marking the International Day of the World’s Indigenous Peoples, Minister for Māori Development Nanaia Mahuta spoke about the government's work on te Reo Māori revitalisation and the rights of indigenous peoples:

“The New Zealand Government stands with our international counterparts in recognising that indigenous development is fundamental to strong relationships between indigenous peoples and their governments. Language is a critical part of this.

New Zealand is one of first countries in the world to develop a roadmap to the United Nation’s Declaration on the Rights of Indigenous Peoples. This will help to measure our progress in addressing indigenous rights and interests. Our Declaration plan will identify specific actions that can make real progress on the aspirations of Māori as the tangata whenua of Aotearoa - New Zealand."

In March 2019, Nanaia Mahuta announced that the Government would develop a plan of action to drive and measure Aotearoa New Zealand’s progress related to the UNDRIP. The Cabinet Paper Developing a Plan on New Zealand's Progress on the United Nations Declaration on the Rights of Indigenous Peoples outlines the proposed approach to start this work. This involves a working group of technical experts from government and Māoridom to help develop proposals for the plan and an engagement process with iwi, hapū, whānau and civil society. The Cabinet Paper noted that Nanaia Mahuta would report back in August to Cabinet on progress and plans for engagement. The Government also released the Cabinet Minute Decision confirming approval for the proposal.

For more information, see Te Puni Kōkiri's information on the UNDRIP and the Human Rights Commission. To receive updates about the Declaration plan process, email UNDRIP@tpk.govt.nz.

Update: The members of the Declaration Working Group (DWG) have been announced.