Shakti Youth has launched a campaign highlighting the experiences of migrant and refugee children and young people witnessing violence at home. The ... 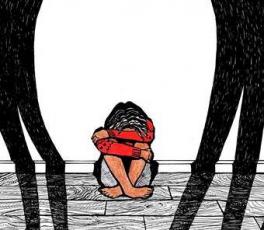 Shakti Youth has launched a campaign highlighting the experiences of migrant and refugee children and young people witnessing violence at home.

The Find Your Voice campaign was launched on 25 May 2015, featuring local young poets and speakers of migrant and refugee backgrounds. The event was called RE-GENERATE, referring to the healing and growth that needs to happen with new generations to break the cycle of family violence and gender-based violence.

Shakti is distributing posters, brochures and social media resources across Auckland. You can request resources and connect with the campaign through the Find Your Voice tumblr, or the Shakti Youth website, Facebook page and Twitter.

The campaign was initiated after the brutal murder of a woman and her daughter in West Auckland in 2014. The young woman was only 18 years old when she was killed by her father. Shakti decided there was a need to do more to support children and young people living in violent homes.

Mengzhu Fu, Youth Project Coordinator at Shakti Family Centre, said "We want migrant and refugee youth know that if they are going through this, they are not alone. It’s not their fault and there are people who can help. For the young people who have spoken up about it, we want their voices to be heard."

The project is supported by Auckland Council and Youth Week.