Samoa's Ombudsman, Maiava Iulai Toma, has launched a Commission of Inquiry into domestic violence. It's been announced that the inquiry will ... 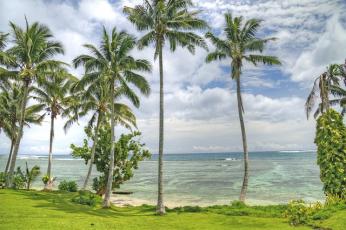 He said the inquiry's terms of reference have not been finalised but a main goal is how to use existing institutions to combat and educate against violence. He also said:

"The inquiry will foster a national conversation on violence in the Samoan 'aiga with a view to opening up the issue and understanding our domestic violence problem ourselves for the shameful thing that it is and laying out strategies and counter-measures that make sense to us and which are workable in Samoa through its government agencies and Samoa's social institutions. The primary focus of the inquiry will be the impact of the problem on women and girls but the impact on children also will be of great interest."

A press release from the Commonwealth Secretariat said the Secretariat will provide technical assistance to the inquiry.

In 2015, the Ombudsman published the State of Human Rights Report, summarising findings from the first review of human rights in the country. The report confirmed previous studies' reports of high rates of domestic violence experienced by women and highlighted confusion about the relationship between Fa’asamoa and international human rights.

Maiava Iulai Toma recently commented on this confusion at a media workshop on reporting gender issues:

"A survey conducted as NHRI (National Human Rights Institution) in Samoa as human rights report found that many participants found that fa’asamoa and human rights conflicted in this area.

Many cited that the fa’asamoa permits husbands to beat their wives.

That is not true. That is not fa’asamoa that a husband is permitted to beat his wife. That is an abuse of power simply the abusing of power of the stronger person over the weaker person."

He went on to say:

"C.O.I. [Commission of Inquiry] is to lay out problem what it is and see what we can do about it as a societal approach rather than copying measures overseas for special court procedures to address beaten women and social services. Those have their value and have a place here but I think we are ought to be proactive and look at the problem from a Samoan context and try to solve it. "

Further resources the include information on Pacific peoples and family violence are available in the Clearinghouse library. These include recent resources from Pasefika Proud, Ministry of Social Development.

Updated: Radio NZ reported that the inquiry has begun and listed members of the panel, 20 September 2017.