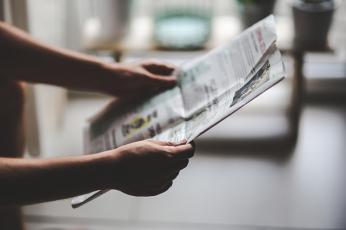 Australia's National Research Organisation for Women's Safety (ANROWS) has published a Landscapes State of Knowledge paper on media representations of violence against women.

Media representations of violence against women and their children: State of knowledge paper, provides an overview of the best available contemporary evidence on the way news and information media portray violence against women. The paper groups evidence into three broad areas of inquiry and identifies a number of key themes within each area. The three areas of inquiry are:

These studies found the media "frequently mirrors society's confusion and ambivalence about violence against women." For example, a number of studies found female perpetration of violence accounted for a "high proportion of the total volume of media reports on violence, despite the rarity of these events." A key theme of this inquiry suggests that media perpetuates myths and misrepresentations which skew public perceptions about the perpetrators of violence, who is at risk and where violence occurs.

The paper also found most media on violence against women reinforces rather than challenges cultural and social norms about gender. However it suggests "media can play a role in dispelling myths and reinforcing information about the true nature and extent of the problem."

Key themes in the way news and information media portray violence against women include:

The paper concluded by identifying current gaps in knowledge such as understanding the impact of news coverage on public understanding, attitudes and behaviours and "how to best craft mediated messages to more effectively promote positive change."

The paper notes that themes of national and international media reporting guidelines include recommendations to:

The "Speak up" Media Manual has been produced by the It's Not OK Campaign to support community agencies to use the news pages and bulletins of their local media to raise awareness about family violence.

The It's Not OK Campaign published a summary of the campaign's Media Advocacy Project (2010). The Campaign also commissioned three quarterly media audits to measure changes in the way family violence has been reported by the news media since the media advocacy project began in 2006 (and compared to a baseline sample from 2005). Improvement was measured by the number of stories, size and placement, headline size and content.

The Tauiwi caucus of TOAH-NNEST published Reporting sexual violence in Aotearoa New Zealand (Wood, Dickson, Tauiwi Caucus of TOAH-NNEST, 2013). The report states, "To support journalists in telling accurate news stories about sexual violence, we undertook an audit of 2012 print media. ... Analysis of the news reports examined how sexual violence was described and who was quoted in the article. We also noted where prevention strategies or interventions were described." The report is also a resource developed to assist journalists to write accurate news stories. It includes recommendations based on current reporting. You can watch a presentation on the media study on YouTube.

"It's hard to wrap your head around" : mapping the gaps between expert and public understandings of child maltreatment and child sexual abuse in Alberta (Volmert, Fond & O'Neil, 2015).