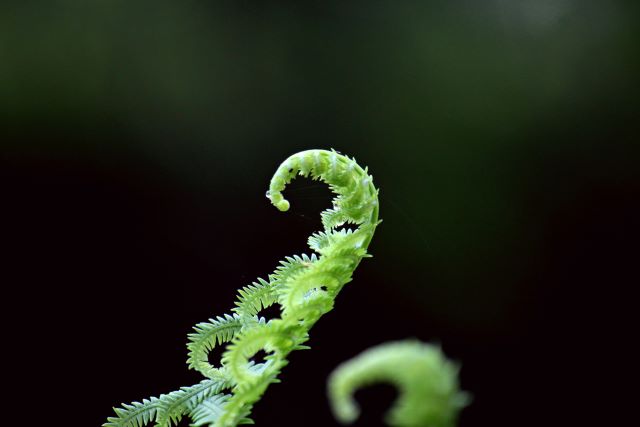 "We need to reframe the way that we think about Māori women in unsafe relationships. They are not passive recipients of violence – they are intelligent and resourceful wāhine, who are highly motivated to keep their tamariki safe."

Professor Wilson said despite living with partners who used violence, Māori women reported not feeling vulnerable until they had to ask for help. Negative interactions with agencies and services (including unhelpful staff, judgmental and racist attitudes, and denied entitlements) left wāhine feeling unsafe, defensive, disregarded and discouraged. Professor Wilson said:

"Such views and attitudes enable and sustain systems and services that discriminate and entrap them, and the people within them that interact with them in judgemental and racist ways."

The Māori women also said fear of having their children removed also prevented Māori women from seeking help. All participants had personal experience of having tamariki taken into state care, or knew other wāhine who did, and had been disempowered and silenced through the process.

Professor Wilson says Māori women should never need to fear asking for help – they should have access to a system that enables them to get the support they need:

“It is not just their partners’ use of violence that renders them unsafe, it is the agencies and services and people working within them, it is the negative attitudes held at a societal level about wāhine Māori, which reinforce the notion that they are the authors of their own fate – that they choose to live with a violent partner and, as a consequence, neglect the wellbeing and safety of their tamariki. We found that wāhine continue to return to relationships with a partner who uses violence because the options available to them are few or none.”

The research used kaupapa Māori research methodology, interviewing wāhine and tāne about their pūrākau (stories). The researchers interviewed 28 wāhine Māori aged 16 to 61 who lived in violent or abusive relationships, seven tāne who had used violence and one tane who facilitates a kaupapa Māori men's group.

Encountering negative attitudes and responses isolated wāhine Māori from support, reinforced beliefs that services were not for them, vilified and viewed wāhine as individuals who need "fixing" and disregarded wāhine strengths and assets;

"Nonetheless, it is within the context of having few options, inadequate resources, and being whakamā and vulnerable that wāhine sought assistance from services knowing they were likely to encounter judgmental and unhelpful people."

The wāhine reported that their experiences with kaupapa Māori services was better; that they did not feel judged, felt better understood and that services worked at their pace. Wāhine also often reported they found the pathway of healing was different from traditional models that rely on counselling:

"They indicated that while healing and changing was a long-term endeavour that was not straight forward or a linear process, strengthening their identity as wāhine Māori and being connected to cultural values and practices was an important part of this process. Being surrounded by people who were compassionate and empathetic, and importantly who believed them, was crucial for their healing process."

The wāhine talked about a number of strategies they used to try and keep safe, which the researchers defined as follows:

"Keeping safe refers to the range of strategies and decisions wāhine used to respond to and prevent potentially violent situations escalating, and where possible, to shelter and protect their tamariki from the violence unfolding before them."

Two overarching themes in ways that wāhine tried to keep (relatively) safe were protecting others through strategies of compliance, silence, placating and mediating; and preventing violence through knowing the triggers, being strong and downplaying the violence.

Despite these strategies and decisions contributing to their safety and that of their children, the wāhine reported negative impacts from these actions to their mana, wairua and self-worth:

"While silence and the isolation that accompanies it are strategies the wāhine Māori in our research used to keep themselves and others safe, it also negatively impacted their mana and wairua. It impacted their abilities to function, to sleep, feeling numb, scared, worried about their tamariki being hurt, all leading to self-blame and ‘walking on eggshells.’ Repeated trauma and non-fatal strangulation did not help. Despite all of this, wāhine focused on presenting a pretence that all was well."

Tāne who had previously used violence were also interviewed. Three themes emerged from these interviews: growing up with violence (just under half of the tāne), hurting their partners' wairua and breaking the mindset in order to explore ways to stop using violence. Chapter six of the report further explores these themes and opportunities for intervention and change.

The final chapter of the report sets out recommendations for changing thinking and taking action. These focus on systemic changes and new "restoration" narratives. This chapter includes a number of recommendations which relate to government and non-government work, change to practice and services, further research and actions for whānau, hapū, iwi and the wider community.

The researchers argue that government and non-government services need to be "critically reconfigured" to better respond to and meet the needs of wāhine and tāne Māori. The report concludes:

"The current narratives and discourses that prevail within Aotearoa are at best unhelpful and at worst harmful – they do little to uplift the mana of wāhine, tamariki, tāne and their whānau. This is evident in the deaths of wāhine and tamariki, the pūrākau of wāhine and tāne Māori, and the actions of people and services that contribute to the persistence of violence occurring within our whānau. For wāhine Māori to be supported better and to live violence-free, we need new ways of conceptualising how they are affected by violence that is grounded within te ao Māori.

Furthermore, we suggest that places and spaces, such as government and non-government agencies, to be safe they require significant over-hauling to be more responsive to the needs of wāhine Māori and importantly so they can have sufficient trust and reliance on them for support in times of necessity. Systems are driven by people – challenging conversations need to be had because the quality of interactions with wāhine Māori can be changed and make a big difference."

"This theory of change ultimately aims to change current conversations and what ‘we’ know about wāhine Māori, violence occurring within whānau, and the degree of autonomy and agency wāhine possess for exiting their relationship, to protect themselves and their tamariki."

The phases of change in Hurihuri o Whakaaro me te Mahi are explained through the framework of Te Kore, Te Pō, and Te Ao Mārama. This framework outlines the approach of reconceptualising the narrative and future of Māori wāhine, having conversations around a new narrative, and wāhine having leadership in restoring and enhancing their mana, cultural identity and protective tikanga.

The video recording of a symposium held on this research on 28 November 2019 at Auckland University of Technology is now available online.

Māori women with violent partners not seeking help over fears their children will be removed - study, NZ Herald, 05.12.2019