Report on the first phase of Whānau Ora released

Te Puni Kōkiri has released a report on the first phase of Whānau Ora (2010-2015). The report, Understanding whānau-centred approaches: Analysis ... 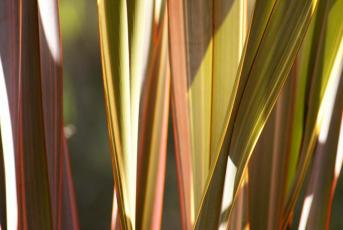 The report is not an evaluation of Whānau Ora.

The report proposed a series of actions to undertake, some specific to the Whānau Ora Initiative and some to progress a wider Whānau Ora approach to other services:

These actions are to be supported by further research to:

Maori Party co-leader Te Ururoa Flavell said "This [the TPK report] provides a fairly good overview of the research was done for a fair number of families. We are talking about 60 action research reports, 200 monitoring reports, 895 whānau surveys. There is still more research to go on as we move into stage two, but as a comprehensive piece of information that allows us to say, 'we've got the platform right', I think we are in the right space."

Professor Mason Durie agreed that Whānau Ora was largely meeting its goals, yet there was still no integrated whole-of-Government approach and that inefficient funding and contracting structures made some change difficult. He said "What hasn't come through as strong is how Government can develop a framework that would facilitate integrated development. It's about 50-years-old, the urgency. We can get locked into sectors - people don't live their lives in sectors."

The report follows the Whānau Ora: The first four years report released by Auditor-General Lyn Provost in May 2015. This report acknowledged the innovative approach to service delivery and the successes for families who had benefited from a whānau-centred approach, but also critiqued how Whānau Ora is understood in the sector, the way funding was used, and the lack of cross-government support.

Auditor General Lyn Provost said "... the providers are mainly required by their contracts with government agencies to deliver services to individuals. When we did our work, the Ministries of Health and Social Development had no plans to change to a funding model that would take advantage of the effort and $68 million paid to providers to help them shift to whānau-centred service delivery. The signals currently sent by different parts of government are, at best, mixed."

On 21 September 2015, Pasifika Futures released a progress snapshot of the first year of the Pacific Whānau Ora programme and its commissioning activities. The report provides information on the 11 organisations which received core commissioning funding, innovation programmes, grants and achievements.