The Australian Royal Commission into Institutional Responses to Child Sexual Abuse released its final report and recommendations in December ... 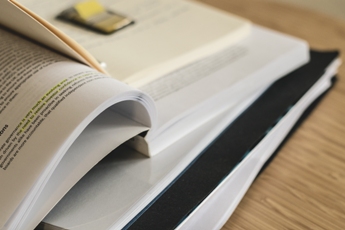 A Final Information Update provides these and other statistics.

One of the Commissioners Justice Jennifer Coate told a conference in Melbourne that public hearings had heard evidence about child sexual abuse in more than 4000 institutions, including schools, churches, sports clubs, residential care facilities, youth detention institutions and others. She described some of the identified problematic characteristics of faith-based institutions, including idealisation of its religious people; secrecy, inaction or active cover up to avoid complaints being repeated outside the institution; protection of the alleged offender; and failure to address the risk of reoffending.

The final report is volumes which can be read as independent reports on specific topics. The Commission also produced four brief guides:

The Commission made over 400 recommendations. In the executive summary the Commission said it was a national tragedy and that the full extent of abuse will never be known:

"Tens of thousands of children have been sexually abused in many Australian institutions. We will never know the true number. Whatever the number, it is a national tragedy, perpetrated over generations within many of our most trusted institutions.

The sexual abuse of children has occurred in almost every type of institution where children reside or attend for educational, recreational, sporting, religious or cultural activities. Some institutions have had multiple abusers who sexually abused multiple children. It is not a case of a few ‘rotten apples’. Society’s major institutions have seriously failed. In many cases those failings have been exacerbated by a manifestly inadequate response to the abused person. The problems have been so widespread, and the nature of the abuse so heinous, that it is difficult to comprehend." (page 5)

The Commission goes on to say:

"Many institutions we examined did not have a culture where the best interests of children were the priority. Some leaders did not take responsibility for their institution’s failure to protect children. Some leaders felt their primary responsibility was to protect the institution’s reputation, and the accused person. Many did not recognise the impact this had on children. Poor practices, inadequate governance structures, failures to record and report complaints, or understating the seriousness of complaints, have been frequent." (page 6)

"... it is not a problem from the past. Child sexual abuse in institutions continues today. We were told of many cases of abuse that occurred in the last 10 to 15 years in a range of institutions, including schools, religious institutions, foster and kinship care, respite care, health and allied services, performing arts institutions, childcare centres and youth groups. We heard in private sessions from children as young as seven years of age who had been recently abused. ... We learned that cultures and practices in some institutions allowed this more recent abuse to occur and continue." (pages 6-7)

More than 1000 survivors also contributed to the 'Message to Australia' project which shares messages with the Australian community about survivors' experiences and hopes for a safer future. These messages are online and have been published in a book on display at the National Library of Australia and in all Australian State and Territory libraries.

Prime Minister Malcolm Turnbull said the Australian Government will provide $52.1 million for support and assistance for victims to access redress. A taskforce will be established to coordinate and track progress on the recommendations from January 2018 until June 2020.

Media reported that more than 200 prosecutions have been initiated to date. Australia's most senior Catholic cleric Cardinal George Pell was charged with sexual offences involving multiple complainants in June 2017. The Pope granted him leave from his duties as Prefect of the Vatican Secretariat to return to Australia to defend the charges.

Update: The Australian Government tabled its response to the Royal Commission into Institutional Responses to Child Sexual Abuse on 13 June 2018

The Age of Inquiry is a project to map inquiries into abuse of children in institutional care globally. The goal is to develop a comprehensive, publicly available online database of child abuse inquiries. The project is based at La Trobe University in Australia. Learn more on the Find and Connect blog.

For more information and commentary on the pending NZ inquiry, see our story Proposed framework, survivor survey and symposium on inquiry into abuse in state care.

The royal commission’s final report has landed – now to make sure there is an adequate redress schem, The Conversation, 18.12.2017

Rape among the lamingtons, The Monthly, May 2017 (content note: may be distressing)

The girls, the paedophile and Cardinal Pell, Originally published by SBS 2016 (content note: may be distressing)