Submissions are invited on the draft Terms of Reference for the Royal Commission of Inquiry into Historical Abuse in State Care. The deadline ... 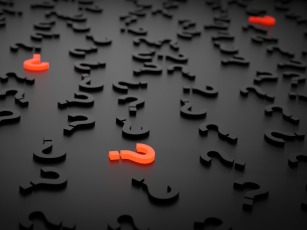 Submissions are invited on the draft Terms of Reference for the Royal Commission of Inquiry into Historical Abuse in State Care. The deadline to submit feedback is 30 April 2018.

In February this year, the Government officially launched the Royal Commission and the draft terms of reference for the inquiry.

Former Governor-General Sir Anand Satyanand, Chair of the Royal Commission, has already been speaking with groups and individuals about the draft Terms of Reference. Now, the Royal Commission is inviting feedback from the wider Aotearoa New Zealand public.

In an interview with Radio NZ, Sir Anand Satyanand said it was the first time a Royal Commission had asked for the public's feedback on terms of reference, saying "Now we've reached the point where a broader scope of connection with the public can occur..."

Sir Anand Satyanand also spoke with Waatea News acknowledging the significant number of Māori and Pasifika who have been affected.

The draft Terms of Reference currently propose that the inquiry cover the time period from 1950 to 1999 and include physical, sexual and emotional abuse and neglect. The focus is on abuse that occurred in state care and currently does not include abuse in religious or other non-government organisations unless people were placed in those institutions by the state.

For more information about the inquiry and to make a submission on the draft Terms of Reference, see the Royal Commission website: http://www.abuseinstatecare.royalcommission.govt.nz.

After the consultation, Sir Satyanand will present a report and his recommendations to the Minister of Internal Affairs. Once Cabinet has agreed to the final terms and the terms have been gazetted, the Royal Commission will begin.

Update: Sir Anand Satyanand has submitted his report to the Government about his consultation and recommendations on the Terms of Reference for the Royal Commission on Historical Abuse in Care. Minister for Internal Affairs and Children, Tracey Martin, said the report would not be released until after a Cabinet decision.

Calls for faith-based organisations to be included in historical child abuse inquiry, One News, 26.08.2018

Renewed calls for church to be part of Royal Commission, Otago Daily Times, 01.08.2018

My plea to Jehovah’s Witnesses: it is time for zero tolerance on child abuse, Opinion: Children's Commissioner Andrew Becroft, The Spinoff, 25.07.2018

MSD appeals ruling not to hand over court claims about historic abuse, Stuff, 13.07.2018

Opinion: These brave survivors are the New Zealanders of the Year a million times over, Newshub, 25.06.2018

Church abuse victims resigned to being left out of inquiry, Radio NZ, 08.05.2018

Churches could launch own investigation into historical abuse, Newshub, 24.04.2018

Calls for abuse inquiry to include faith-based, Otago Daily Times, 24.04.2018

Campaigner marches to Parliament to protest children being taken from families, NZ Herald, 13.04.2018

The Royal Commission into state care abuse: how to make a public submission, The Spinoff, 03.04.2018

A perpetrator can’t be a saviour: the state abuse historic claims system must go, Opinion, The Spinoff, 22.02.2018

Marama Fox: We need to lift the scab on child abuse and investigate failure of the state, Newshub, 20.02.2018

One year since Oranga Tamariki formed critics say they’re yet to notice significant changes, One News, 03.04.2018

'The response is very poor' - Advocacy group says Oranga Tamariki still has far to go a year on from re-formation, One News, 03.04.2018