The Public Service Association (PSA) is working to include special family violence clauses in collective employment agreements to provide victims ... 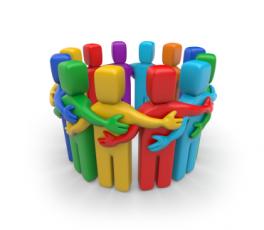 The Public Service Association (PSA) is working to include special family violence clauses in collective employment agreements to provide victims with additional supports.

The PSA highlighted the importance of treating family violence as a workplace issue in a press release on White Ribbon Day. It has also launched a short video to help raise awareness. "The victims of family violence often say it impacts on their ability to get to work and on their productivity while they are at work. That makes it a workplace issue and a union issue," says PSA National Secretary Brenda Pilott.

"Research shows that the vast majority of those experiencing family violence are in some form of paid employment. There is also international evidence that victims of family violence, who are generally women, have a more disrupted work history, are more likely to be employed in casual or part-time work and as a result are on lower incomes." Supporting people who have exprienced family violence to maintain employment can be critical to economic independence. In Australia, special leave provisions related to domestic violence have been negotiated in collective employment agreements, providing additional supports for more than one million workers. This came out of the Safe at Home, Safe at Work project.

The PSA would like New Zealand to work towards a similar goal. "If we can work with employers to put in place entitlements to help those affected by family violence to remain in work, we improve their situation, help them to break the cycle of violence, improve workplace productivity, and reduce the societal costs of family violence. That’s a win for everyone," says Brenda Pilott.

The PSA has also produced a resource about family violence as a workplace issue, in collaboration with the Ministry of Social Development and the It's Not OK campaign.

Other free resources to support businesses in responding to family violence have been produced by Auckland's North Harbour Business Association in conjunction with the It's Not OK Campaign, New Zealand Police, the North Shore and Rodney Family Violence Networks, Shine and the North Shore Women’s Centre.

In the US, an information packet on sexual violence and the workplace was published by the National Sexual Violence Resource Centre in April 2013. The following documents are available as part of the packet: Overview, Guide for Advocates, Annotated Bibliography, Bulletin, Guide for Employers, Research Brief, Resource List, Online Special Collection, and Sexual Violence & Economic Security: The Temporary Assistance for Needy Families Program.