New Zealand Police are embarking on an internal change programme to improve the way they respond to family violence. This will include utilising ... 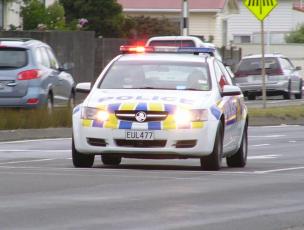 New Zealand Police are embarking on an internal change programme to improve the way they respond to family violence. This will include utilising external experts and community groups for advice. Interviewed on Radio New Zealand, Superintendent Tusha Penny said,

"We are saying 'help us get better, help us know what to look at for Police.' We're looking overseas at other jurisdictions to see what's leading edge and the one thing we're certain of is we want to be aspirational. We want other police jurisdictions coming to NZ Police in 12 to 24 months and saying 'Wow, what did you do?'"

NZ Police have also recently made Rape Prevention Education Survivor Advocate Louise Nicholas a Patron of the Royal New Zealand Police College, to provide mentorship and coaching to new Police recruits. Police Training Manager, Superintendent John Price, said "I'm hoping she'll educate our staff as to what's important in dealing with rape victims and make sure we put them at the front and centre of policing." Louise Nicholas said, "This is a once-in-a-lifetime opportunity to be part of the lives of 40 really special people who have put their hands up and said ‘I want to make a difference.’ I want to be part of that as much as I can."

Police Association wary over culture of not prosecuting, NZ Herald, 28.07.2015

Empathy a must for hands-on patron, New Zealand Police TenOne, Issue No 388, February 2015