On 31 December 2018, the Government announced the 2019 New Year Honours List. The Honours Lists are approved by the Queen on the Prime Minister's ... 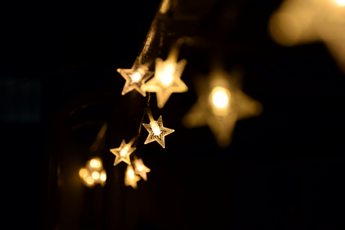 On 31 December 2018, the Government announced the 2019 New Year Honours List. The Honours Lists are approved by the Queen on the Prime Minister's advice.

Professor Tracey McIntosh (Ngāi Tūhoe) was appointed Member of the New Zealand Order of Merit (MNZM) for services to education and social science. Her research has focused on social inequality and the experience of incarcerated people, particularly wāhine Māori, within New Zealand. Tracey McIntosh is the Co-Head of Wānanga o Waipapa and Professor of Indigenous Studies at the University of Auckland and a member of the Academic Advisory Group of the New Zealand Family Violence Clearinghouse. Tracey McIntosh is also currently a member of the Government's Welfare Expert Advisory Group and Te Uepū Hāpai i te Ora - the Safe and Effective Justice Advisory Group. In 2017, she was awarded the Te Rangi Hīroa Medal by the Royal Society Te Apārangi for her research on stopping the intergenerational transfer of social inequality. She was co-chair of the Children’s Commissioner’s Expert Advisory Group on Solutions to Child Poverty. Many of her publications are available in the NZFVC library.

Dr Ian Hassall was appointed Knights Companion of the New Zealand Order of Merit (KNZM) for services to the welfare of children. Ian Hassall has been an advocate for children's rights, conducting research and writing reports on child protection, child abuse and family violence. Many of his publications are available in the NZFVC library.

Kim Workman (Ngāti Kahungunu ki Wairarapa) was appointed Knights Companion of the New Zealand Order of Merit for services to prisoner welfare and the justice sector. Kim Workman has held many roles across government and non-government agencies addressing prison and criminal justice reform.

Vic Tamati was appointed Member of the New Zealand Order of Merit (MNZM) for services to the prevention of family violence. Vic Tamati has been a family violence-free campaigner with the award-winning, internationally acclaimed ‘It’s Not OK’ campaign since 2008. In 2012 Mr Tamati founded Safe Man Safe Family Incorporated, an organisation operating under the statement ‘if there be no perpetrators, there will be no victims’.

Anne Rodger was appointed MNZM for services to women, including work on non-violence and sexual abuse prevention.

Tracey Swanberg was awarded the Queen's Service Medal (QSM) for services to victims of domestic violence. Tracey Swanberg is a social worker with 18 years’ experience of management in the non-governmental organisation sector. She has been Manager of the North Shore Women’s Centre since 2008.

The full New Year Honours List 2019 is available from the Department of the Prime Minister and Cabinet.