The Ministry of Justice has released handouts that provide translations of terms related to family violence in 13 different languages. The documents ... 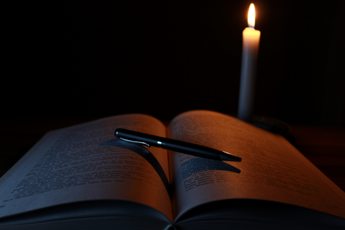 The Ministry of Justice has released handouts that provide translations of terms related to family violence in 13 different languages.

The documents are designed to be used by interpreters working with people when English is a second language in proceedings involving family violence.

The two page documents are available from the Ministry of Justice website in the following languages:

Resources for people from migrant and refugee communities experiencing violence

In 2014, Shakti and the It's Not Ok Campaign produced the booklet Culture: No Excuse for Abuse for migrant and refugee communities in New Zealand about family violence and abuse and where to get help. It is available in English, Farsi, Arabic, Traditional Chinese, Hindi, Punjabi and Korean.

Shakti is holding a vigil on 30 January 2019 to honour Xi Wang whose ex-partner has been charged with her murder, and to call for an end to domestic violence. National Youth Coordinator for Shakti, Mengzhu Fu has written an article for Radio NZ about structural and institutional barriers faced by migrant and refugee women killed by their partners and the organisations that work to support them:

"They're often new to the country, no friends or family here, have temporary immigration status, little knowledge about how the systems work and can face language barriers that can be manipulated by abusive men. This marginalisation based on immigration status, gender and ethnicity often makes them more vulnerable, and their stories invisible."

Mengzhu Fu notes that after six years of advocacy, five years in operation, and over 300 women and 200 children served in the last year, Shakti's Wellington women's refuge remains the only refuge in the country that does not receive contracted government funding.

Xi Wang was killed in her home on 10 December 2018, five days after English backpacker Grace Millane. Due to suppression orders her name could not be published and there was little media or public attention. Mengzhu Fu finishes:

"Last year, while it was reassuring to see the outpouring of grief and anger at the murder of Grace Millane, it was also hurtful and frustrating to have never seen the same level of compassion and outrage expressed when it comes to violence against immigrant women of colour, Māori women, Pasifika women, trans women or disabled women. While we grieve and mourn for Xi Wang, we hope and pray for the day when all women can live free from fear and violence. We hope and pray for the day when migrant women of colour, who face additional barriers to seeking help and accessing justice, receive just as much support, compassion and understanding from the New Zealand public. We need more compassion, but we also need action. Ending domestic violence is everyone's responsibility."