The Privacy Commissioner has published a guide for multi-agency teams on sharing personal information when working with families and vulnerable ... 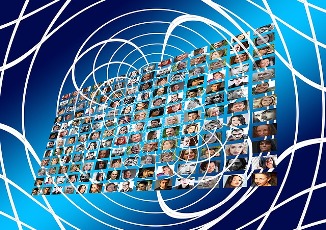 The Privacy Commissioner has published a guide for multi-agency teams on sharing personal information when working with families and vulnerable children.

The new guidance is designed for health and social service agencies and their staff. Sharing information involves both the collection and disclosure of personal information.

The escalation ladder is also available as a stand-alone infographic.

Also see the previous NZFVC story on the Approved Information Sharing Agreement (AISA) on what information government agencies can share about children at risk of harm and their families.

The following resources caution against focusing on discrete "incidents" of violence, or exclusively on physical violence.

"A pattern of harm

When it is appreciated that IPV [intimate partner violence] is a pattern of harmful behaviour that belongs to the abusive person (not the relationship) and is bigger than the incidents of physical violence that occur on any particular occasion, a number of shifts automatically take place in our thinking.

"Throughout the world, with a few exceptions, the legal and policy responses to domestic violence are typically built on a violence model that equates partner abuse with discrete assaults or threats. Implicit in this response is the assumption that the severity of domestic violence can be assessed by applying a calculus of physical and  psychological harms to particular assaults. Based on this model, programs focus only on victims’ immediate safety. Laws target violent acts; batterer intervention programs (BIPs) seek to 'end the violence;' public education campaigns highlight dramatic injuries or fatalities; and child welfare agencies emphasize how children are harmed by 'exposure to violence.' Assessment instruments designed to predict 'dangerousness' consider few abusive tactics other than physical and sexual violence (Campbell et al. 2003).

However, a growing body of research shows that the form of subjugation that drives most abused women to seek outside assistance is not encompassed by the violence model and that, therefore, interventions predicated on this model are ineffective in protecting women and children from this type of abuse. These women have been subjected to a pattern of domination that includes tactics to isolate, degrade, exploit and control them as well as to frighten them or hurt them physically. This pattern, which may include but is not limited to physical violence, has been variously termed ‘psychological or emotional abuse, patriarchal or intimate terrorism (Tolman, 1992; Johnson, 2008), and coercive control (Stark, 2007), the term I prefer." (p.3)