The Ministry for Women has launched a new online tool to assist policy developers include gender analysis in their work. The tool, Bringing ... 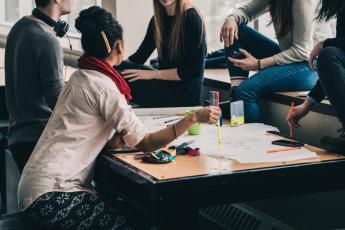 The Ministry for Women has launched a new online tool to assist policy developers include gender analysis in their work.

The tool, Bringing Gender In, asks key questions to assist people to explore the gender impacts of a policy as people move through the policy process.

The questions explore seven different steps in the process of developing policy:

The tool provides examples of good practice as well as links to useful data sources and other relevant material. This tool highlights the different experiences and needs of different groups of women including differences by ethnicity, socioeconomic status, sexual orientation, age, disability, family responsibilities or where women live.

The purpose of the tool is to achieve positive change for women (as well as men and people who identify as gender diverse). In background information about how the tool will assist, the Ministry for Women write:

Gender analysis traditionally identifies differences in the social situations of women and men to take these differences into account when designing policies or programmes. While there is an emphasis on women in this tool that reflects the long-standing inequalities experienced by many women, gender analysis is also applicable to men and gender diverse people.

Gender analysis allows for equity, rather than simply formal equality. Gender equality is based on the premise that women and men should be treated in the same way. This fails to recognise that equal treatment may not provide equitable results, because women and men have different life experiences and constraints. Gender equity takes into consideration the differences in women's and men's lives and recognises that different approaches may be needed to produce outcomes that are equitable. In practice, the terms ‘gender equality’ and ‘gender equity’ are often used interchangeably."

For more information about the tool, see the Ministry for Women's video introducing the tool and press release.

The Lancet recently published a series of five papers exploring gender inequality and gender norms related to health and wellbeing.

Translating inclusion into influence in New Zealand: The conundrum of engaging gender organizations in public policy (2018) by Rachel Simon-Kumar summarises findings from qualitative interviews with more than 30 representatives of community organizations, activists, scholars, and policymakers to examine how women’s and gender organisations engaged with government on policy.

Also see WHO's definition of gender and glossary of terms related to gender, equity and human rights.