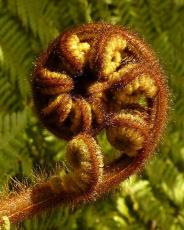 E Tū Whānau have published a 'Our Ancestors', a series of five resources highlighting how Māori cultural traditions protect wāhine, tamariki and tāne from violence and uphold the mana of all.

The information sheets are:

They can be downloaded from E Tū Whānau website.

Short videos are also available on the tāne and wāhine resources.

"These resources contain historically accurate information that completely turn the loathsome ‘once were warriors’ stereotype of our people and our culture on its head. They’re a reminder that our culture was influenced and changed by the ideas and sheer force of the colonising European culture. Some of those changes were positive. Some were not.

The E Tū Whānau movement is a grassroots response from whānau across the motu to the unacceptable levels of violence in families and our communities.

We, in the E Tū Whānau movement, believe that the most effective and long lasting way to combat violence in all forms is to focus on our strengths and on our success. Part of that is reminding ourselves of who we really are and of the many positive, healthy, life affirming values we lived by in the past and which many whānau live by today.

E Tū Whānau provides a range of resources which can be downloaded or ordered including posters, information/conversation starter sets, videos, and resources based  on the Charter of Commitment, values and key messages.